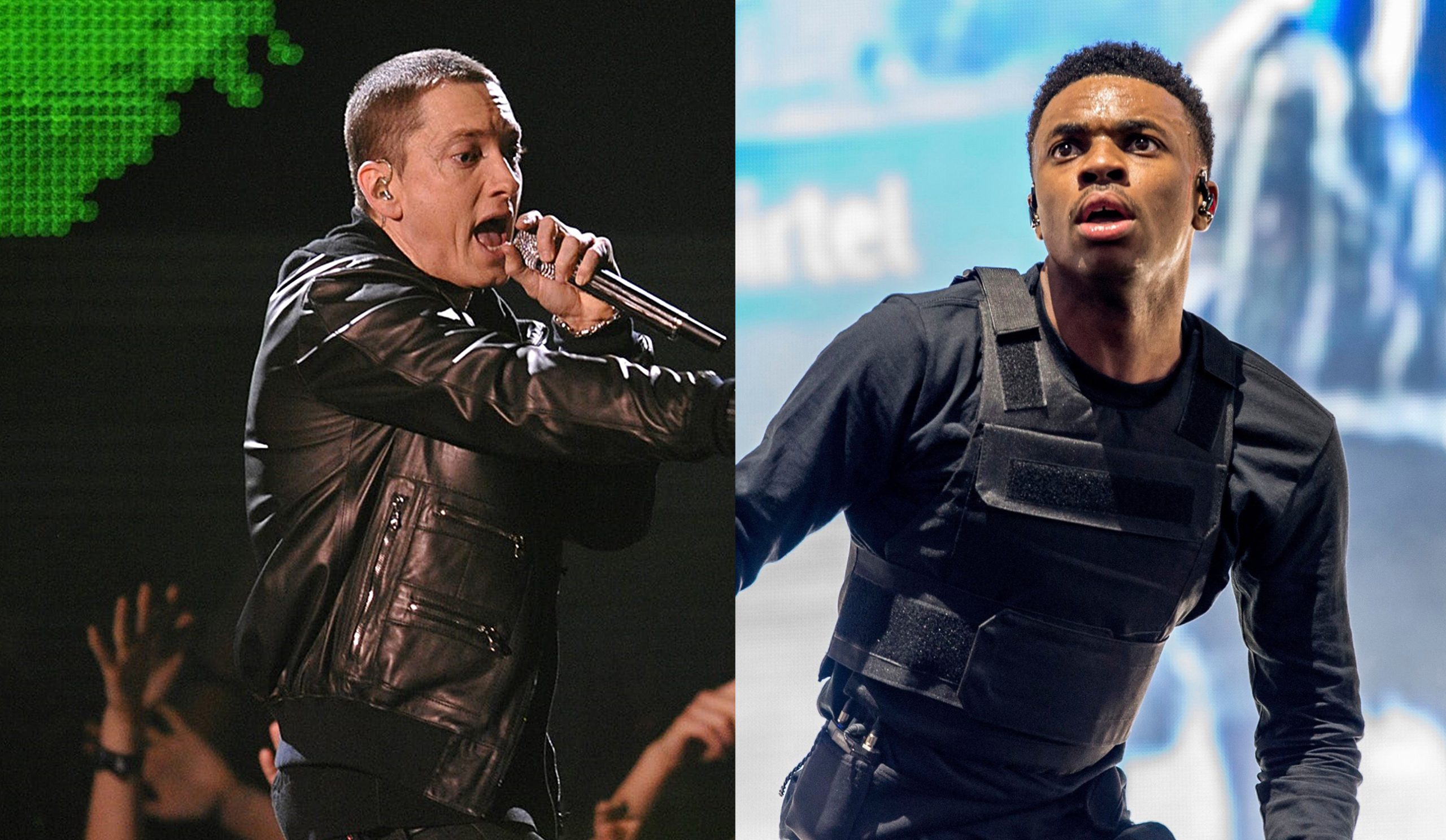 Speaking with Ebro Darden for a Black History Month episode of Apple Music 1’s The Message, Vince Staples said it was good to see Eminem kneeling but explains why he is not impressed with the Super Bowl show.

“To me, the Super Bowl Halftime show is not even something to be super-duper excited about. It is like, finally, because you can not lie about it anymore. It has been so many times that they have pretended that this was not a phenomenon. They were playing songs from decades ago. That just goes to show you how long it has been a thing, how long it has been the pinnacle, but it is good that they finally stop being stubborn and start coming around because it is unavoidable at this point.”

“It is just good to have that moment and just see how it comes full circle from Eminem taking his knee stance, to bringing it full circle with the Kaepernick situation, and the work that Jay-Z has done in the messaging, and the lyrics, and all that. It’s so cool but… My pops used to always tell me… You come home like, ‘Oh, yeah. I got good grades.’ He is like, ‘What you expect? You happy? You supposed to do that.’ I am not giving people pats on the back for doing what they supposed to do. That is just not how I am built. I am not proud of them, I am not happy that they did it: they should have did it, you know what I am saying? What else you going to do? What you going to put on there that is more popping in LA for the LA Super Bowl? What are your options? They had no other options except for the biggest hip-hop producer in the history of hip-hop arguably, the biggest rapper in hip-hop history arguably, and the biggest rapper out right now arguably. What other choice did you have? They did not do us no favor. They did what they was supposed to do.” said Vince Staples.

You can watch the interview below. He starts talking about Super Bowl at around 21:30 minutes.