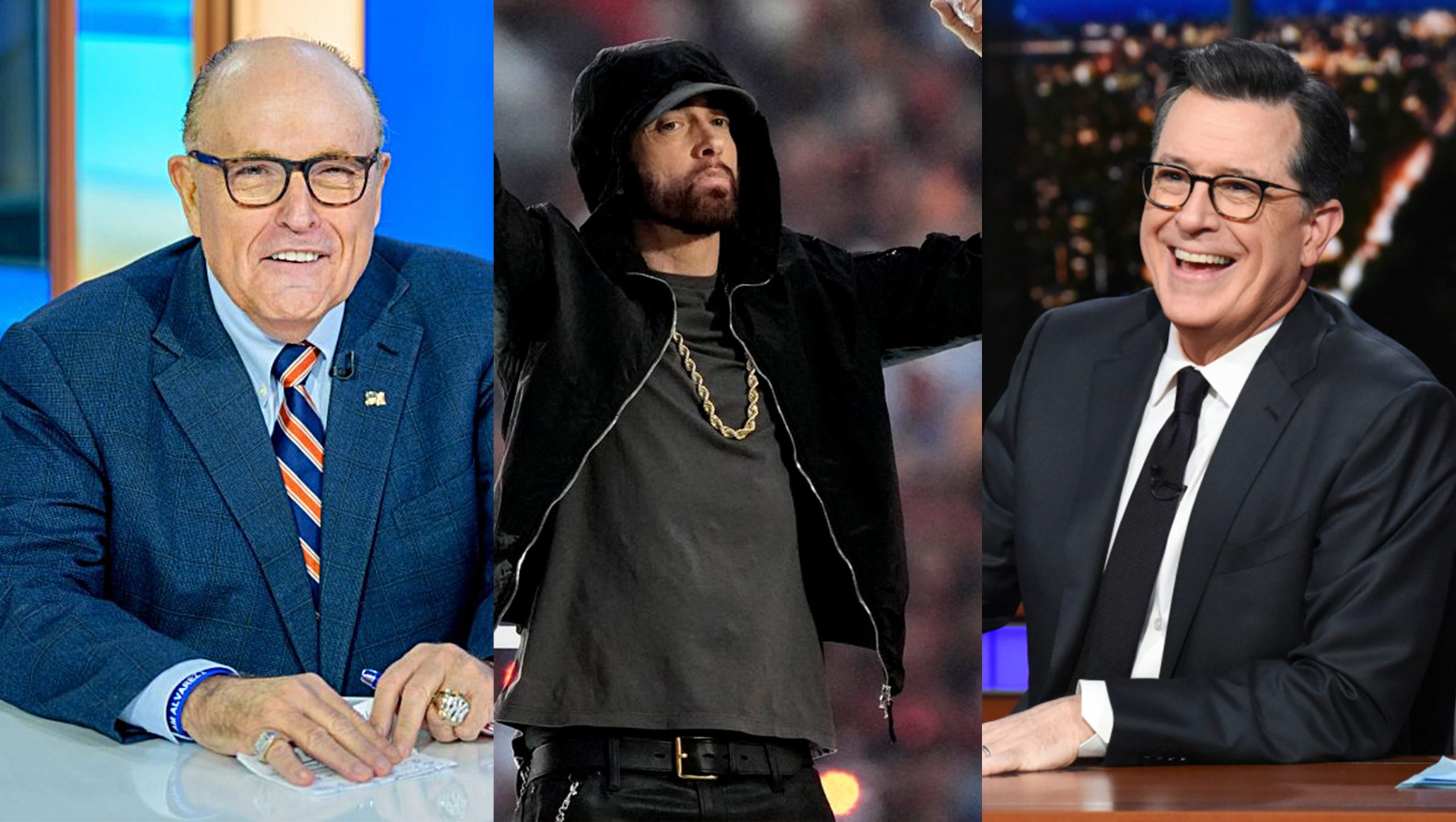 During his radio program called Rudy Guiliani Show, American politician and attorney, Rudy Giuliani, who served as the 107th Mayor of New York City from 1994 to 2001, urged Eminem to leave the country after taking a knee at the Super Bowl 2022 halftime show.

“Let’s get right to Eminem taking a knee. Why does not he go to another country? I mean, go take a knee someplace else. Do you know how many cops were defending him and protecting him at that game yesterday? I mean crime is way out of control in Los Angeles.” he said.

Eminem has not responded yet and he might never but CBS has just dropped the diss track of Rudy Giuliani using “Lose Yourself” beat in their sketch of The Late Show with Stephen Colbert.