Last year, Snoop Dogg revealed the plans for a legendary world tour: “I think that makes sense more than anything. A Snoop-Dre album would be amazing, but a tour even more, because we have legendary music the world has yet to see us perform globally. I’m pretty sure he wants to do it. He just wants the team in place. Kendrick Lamar, Eminem, Snoop Dogg, and Dr. Dre – that’s the dream team for him.” said Snoop.

Check out the screenshot of Cara Delevingne’s story below: 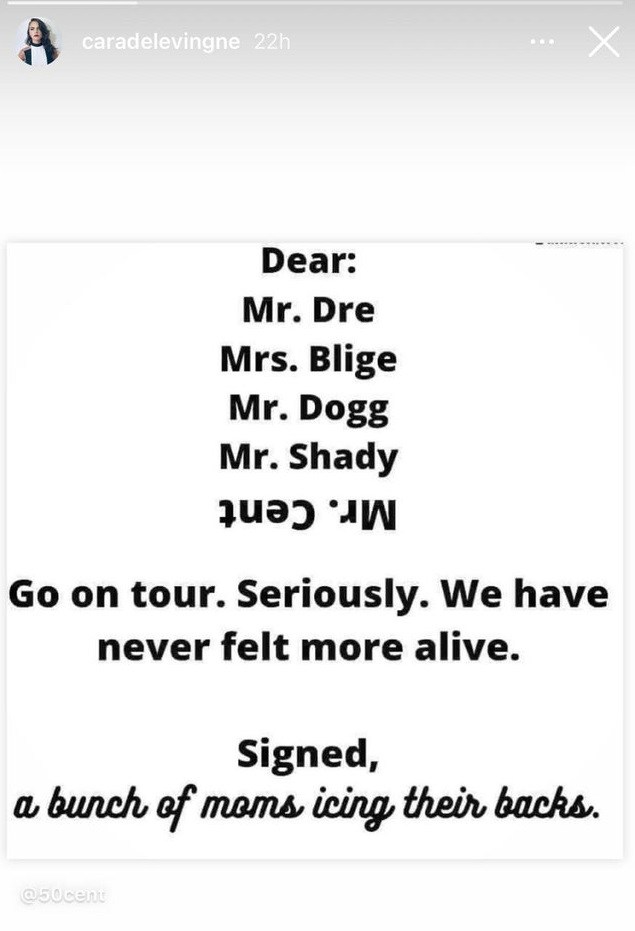