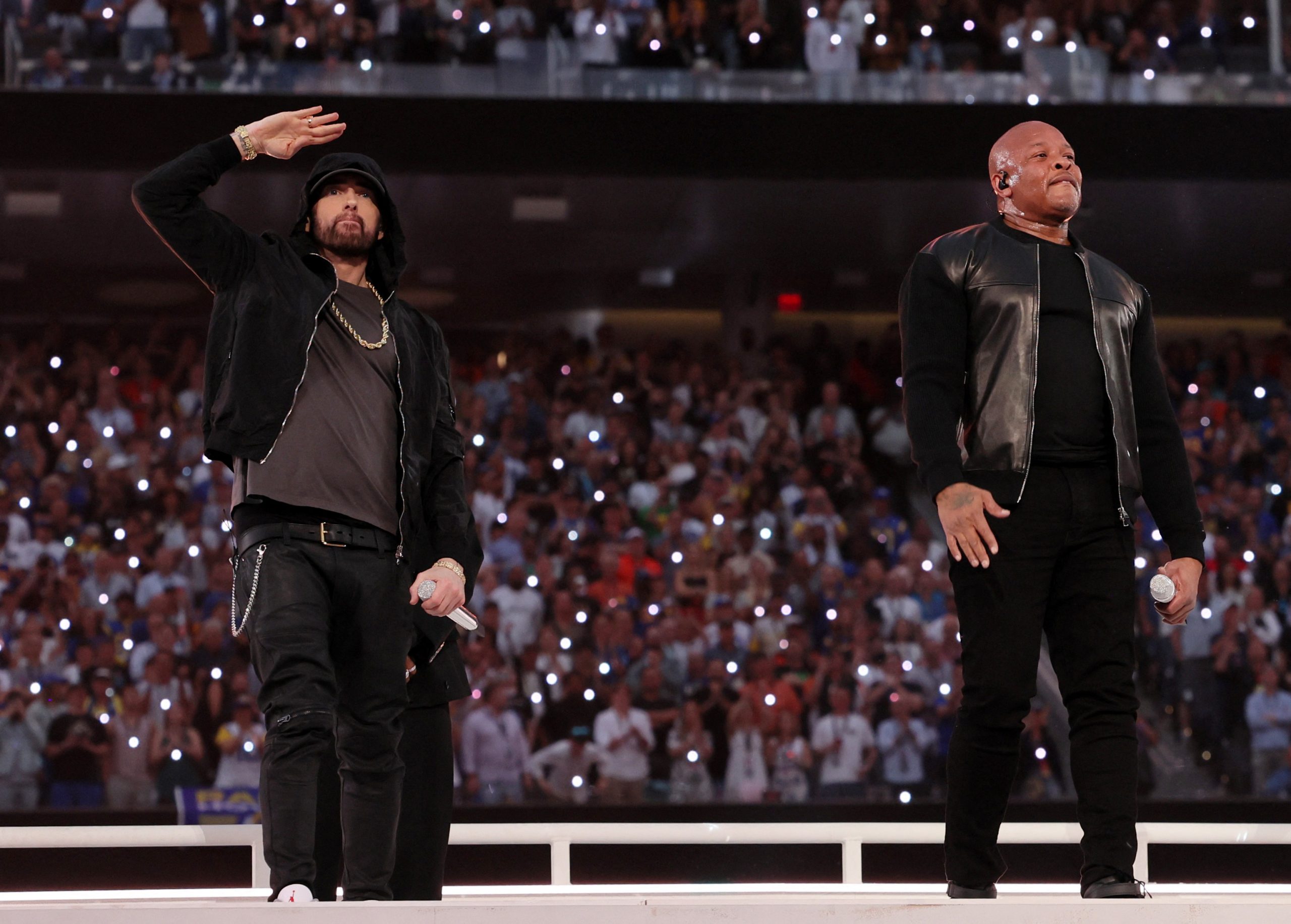 Dr. Dre has recently joined TMZ journalists “TMZ Live” and, in his own words, he was still “buzzing” about what he, Eminem, Snoop Dogg, Mary J. Blige, 50 Cent and Kendrick Lamar pulled off at the SoFi Stadium during Pepsi Super Bowl Halftime show.

The legendary producer says he went into rehearsals expecting the NFL to heavily censor almost all of the song, but was pleasantly surprised that they only made “minor changes,” among them, Kendrick’s reference to specific L.A. gangs on a song “M.A.A.D. City” where he kicks his verse with: “If Pirus and Crips all got along, they’d probably gun me down by the end of this song.”

“There were few things that we have to change but they were really minor things. Em taking a knee that was Em doing that on his own, there was no problem with that. The beginning of Kendrick’s set, they had a problem with that, so we had to take that out. No big deal.” said Dre.