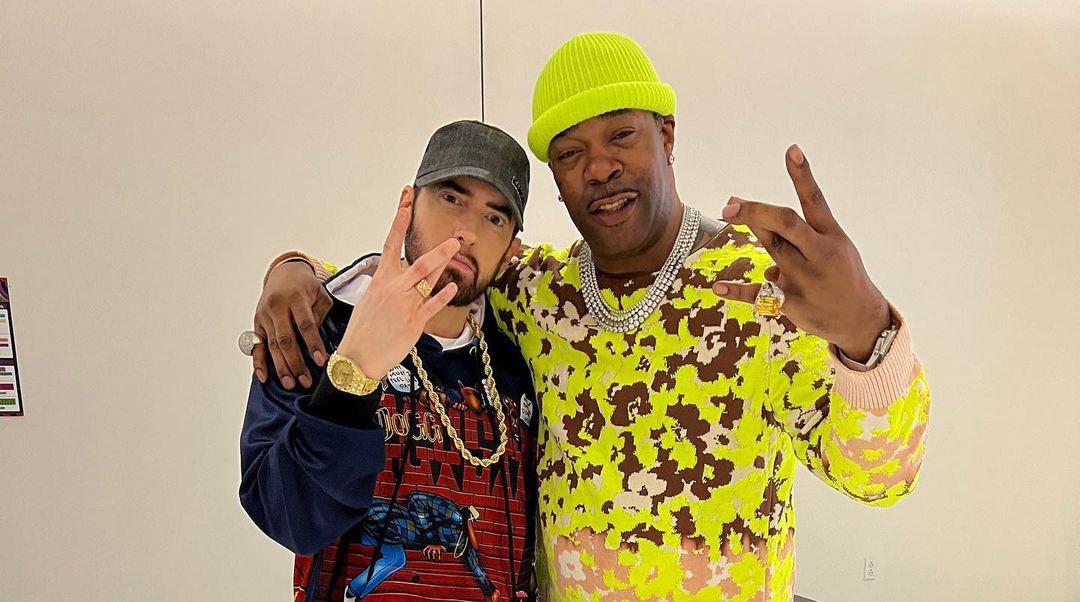 2022’s Pepsi Super Bowl LVI Halftime Show not only featured some of the greatest artists in hip-hop, but it also saw Eminem taking a knee.

The kneeling took place after Detroit legend performed his 2002 magnum opus “Lose Yourself.” The kneeling gesture became a subject of controversy when former NFL quarterback Colin Kaepernick used it as an act of protest against police brutality and racial discrimination.

Busta Rhymes has recently took to Instagram to share new picture with Eminem. In the caption, he writes: “Slim Shady and The Dragon! Eminem Legendary Super Bowl 56 performance and Congrats again on the Rock Hall induction nomination!! Salute!!”