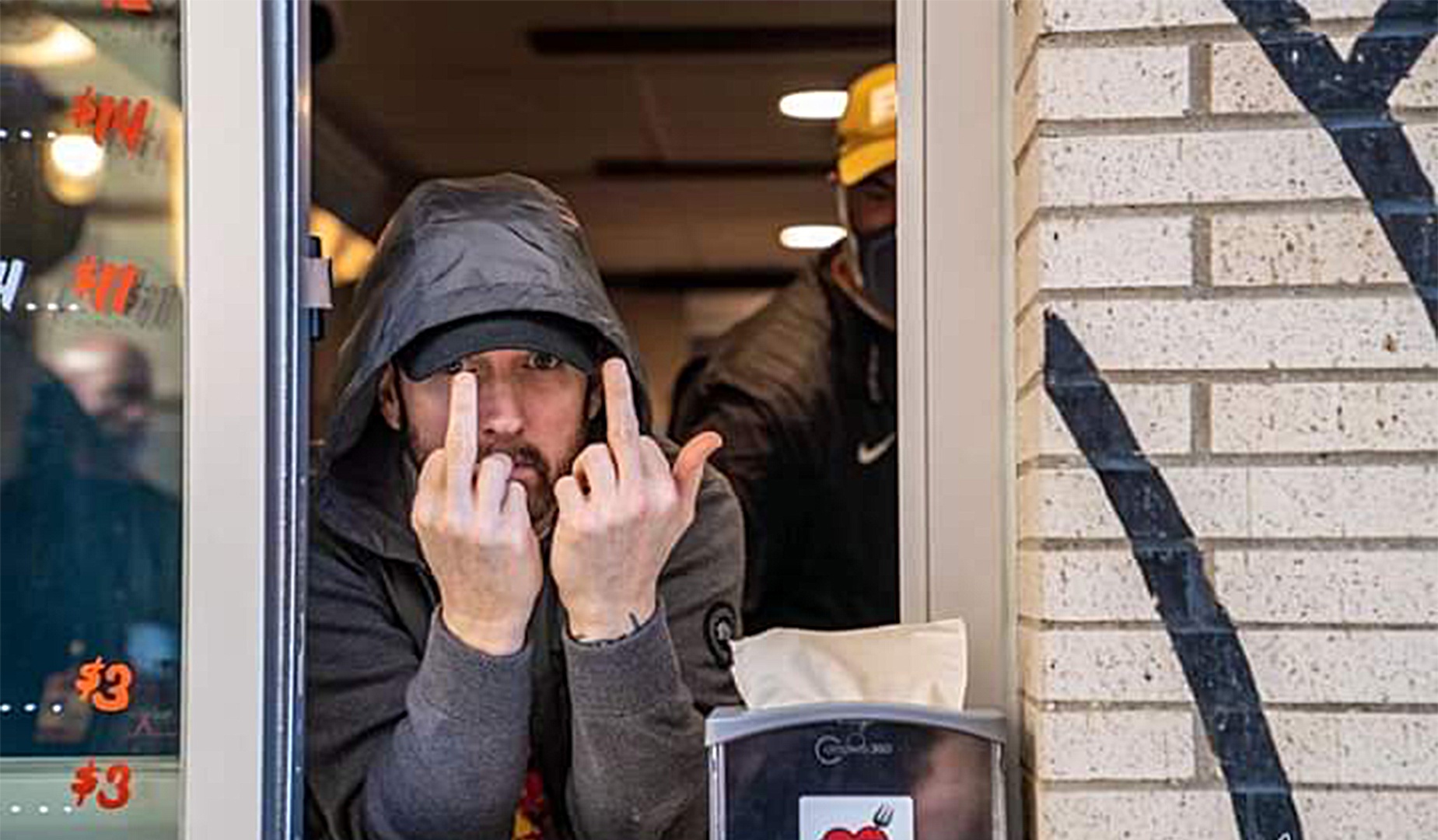 Eminem made a surprise appearance at the grand opening of his Mom’s Spaghetti (with a special Trailer for Stans) restaurant in downtown Detroit yesterday, serving up some of his special pasta to his most dedicated fans in the city!

Fans began lining up around 10 a.m., seven hours before the advertised opening. At around 4 p.m., an hour before opening, the first dozen or so fans were called over to the serving window, in the alley between the newly opened Union Assembly and the Fillmore Detroit, where they were served up helpings of Mom’s Spaghetti by the Rap God himself.

Eminem was not expected at the opening, but like most of his moves over the last decade and change, it was made in secret.

You can check out the photo and video collage from yesterday below!