Few hours ago, Skylar Grey, Eminem, Mozzy and Polo G dropped the theme song “Last One Standing” for Venom: Let There Be Carnage movie and shortly my good friend Cea_Tee Reviews hit my DMs with an interesting theory.

Eminem might be preparing Venom 2 soundtracks album! First, we thought this was Skylar Grey’s song, She indeed is credited as the lead artist on the track, but Spotify says the song was released under Shady/Aftermath records. It was also uploaded on Eminem’s official YouTube channel.

One more clue that strengthens the theory is that Eminem was the FIRST to promote all the news regarding Venom 2 song on his social media. Every time there was an announcement, it came from Eminem.

Are we getting a Shady Records compilation album tomorrow? Tell us your thoughts! 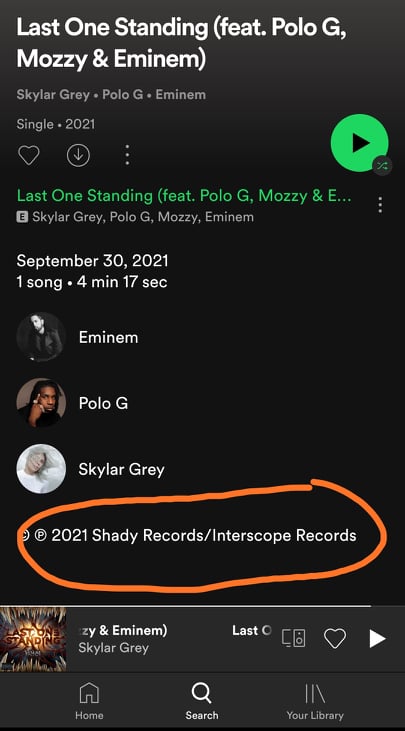