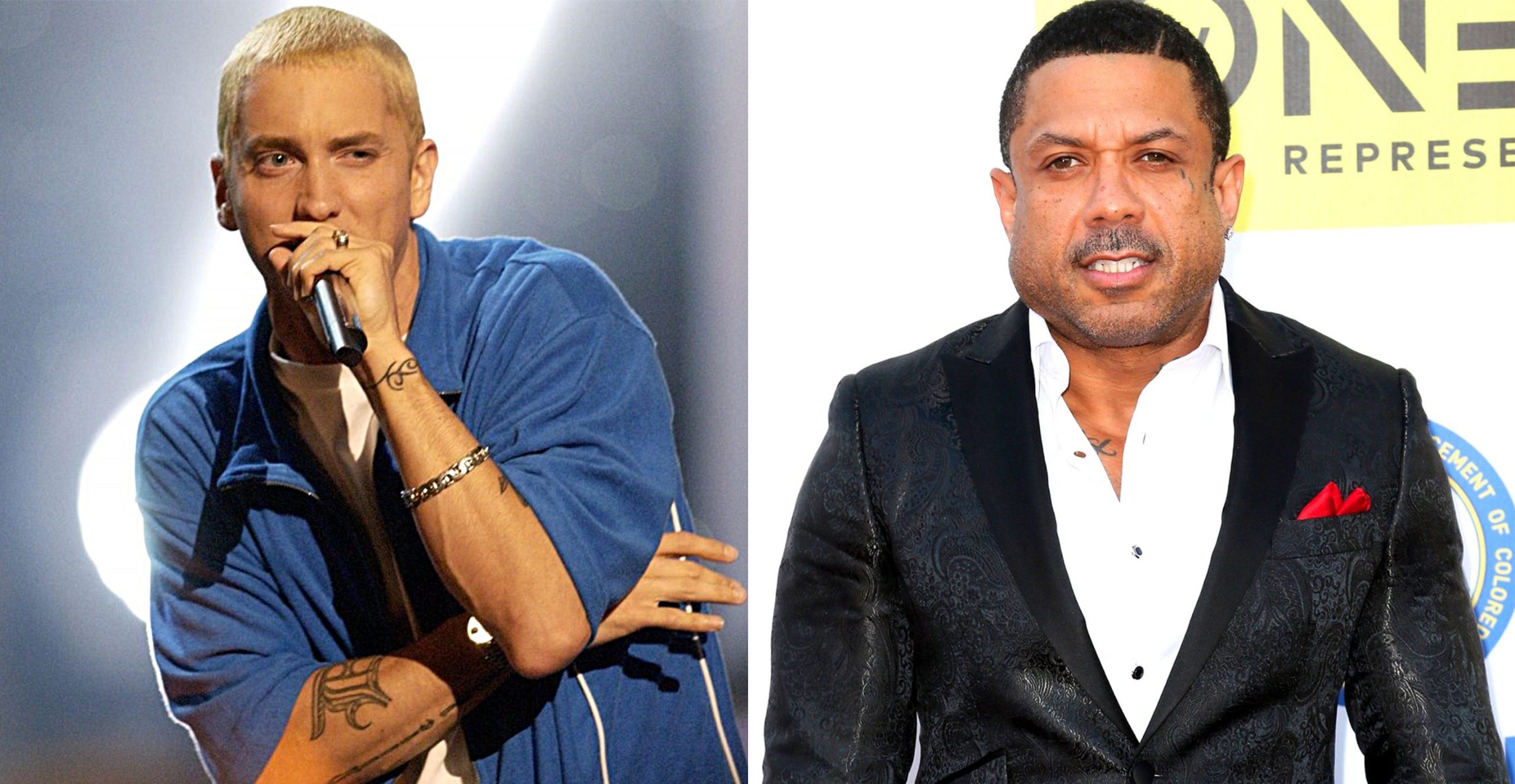 Former The Source Magazine employee, Mr. Mecc has recalled Benzino’s reaction when Eminem’s diss record arrived during the interview with Math Hoffa on My Expert Opinion with Vlad as a special guest.

“The day Eminem dropped his diss-record, I was trying to figure out what the next move was. I’m on a computer and message boards, which is what we had at that time, were going nuts. All of Eminem’s fans of which he had millions were talking about not just Benzino, which would have been cool on its own had he been just a rapper having a beef with another rapper. We ahd no problem but the fact that he involved The Source magazine and told everybody he was a co-owner and called himself five mic giver and all these other good s**t…HELL NO…”

“Once Benzino involved his legitimate business with street slash rap s**t, it’s all collateral damage. If I bring my wife on stage and I diss you and you see my wife, now my wife is a part of your response. Now that The Source is involved, message boards are going up, 20, 30, 40 pages of random people from the internet insulting the s**t out of Benzino as much as they possible can but he got excited. He looked like he was enjoying it because I feel like it was Christmas for him when people were talking about him. And I just new I was getting fired once he made me show him those messages. In my head, I was going over my resume like what’s my next move, which bills am I going to cut off but no, he was super excited.” – said Mr. Mecc

Then Vlad continues how Benzino ruined his relationship with him after asking to do another interview about Eminem.