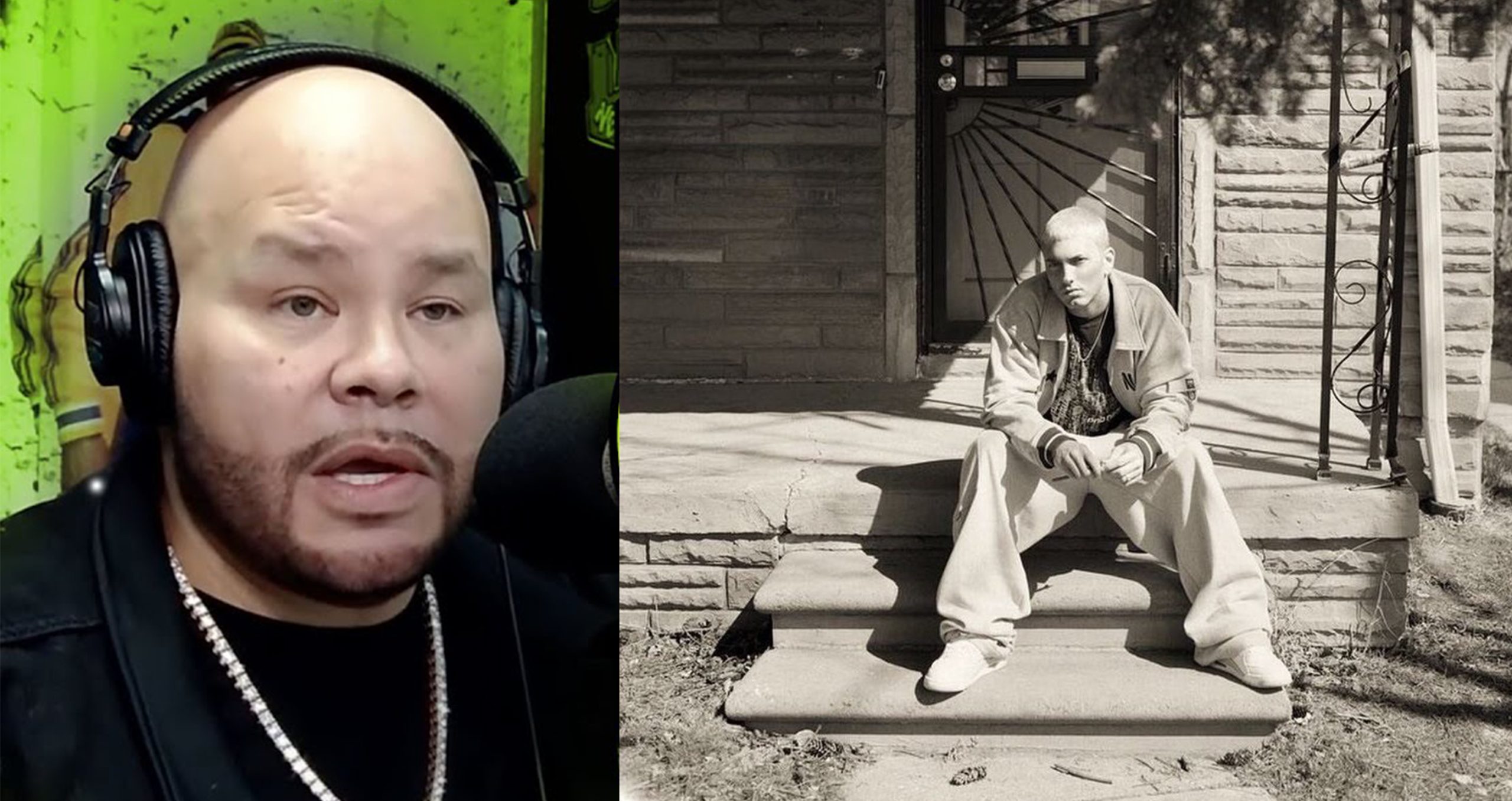 Fat Joe has recently set down with Big Boy where he talked about his biggest regret in music industry: NOT SIGNING EMINEM. Read the interview and watch it after the jump below:

“At that time, I was just immature, I was crazy. So what happened was I was just at these places and people were giving me their demos and [I could not listen to all of them]. If you go in my DMs now, there are like thousand fat Spanish guys who rap like ‘Yo Joe, Papi, what’s up?’ I don’t get none of that. I let my wife look at my DMs and she sees all that fat Spanish guys talking about being next Big Pun and Fat Joe.”

“So when I go to Revolt, some of them were giving me their demos. I was at these places and I was trying get myself in the game and Eminem apparently was giving me his demos. So years later, me, him and B-Real of Cypress Hills were at the dinner and Em was like ‘Joe, I’mma tell you something. I gave you my demo like six times’ and I was like ‘NOOOOO?! CHESUS CHRIST.”

“I remembered Eminem from performing with this group called Outsidaz. There were very dope. There was Lyricist Longue in New York, this is when I met Biggie too. Biggie was battling twenty guys, beating everybody, white, black, Chinese, he was killing everybody on stage. So now, Eminem, skinny white boy…Me and Pun headlined Lyricist Longue and he performed with Outsidaz. They were all black kids with dreadlocks, and skinny white boy, he was so skinny and going so crazy, they were holding him by his pants cause he was gonna fall off the stage. We all knew he was crazy. We knew this white boy…It was too late. It was not demo time. He was on. He was just about to go with Dr. Dre and all that. Me and Big Pun were like this white boy is CR-AZY.”

“And I always tell a story, when his first album came out it was Grammy week. Me and Big Pun stood the night before the album came out in the long line of Tower Records to get Eminem’s album. The first album. We bumped that all night and went to the Grammys next day. And we had no idea this was the same guy I passed on signing six times. I learned it that night when we had dinner.”

“We make great music. Of course I don’t think it would be the same Eminem if he signed him. That was legendary Dr. Dre who gave him that whole different things. Dre’s beats was crazy but he would have been hot with us too. We made Big Pun. We made Remy Ma. We made DJ Khalid. We could have made him a big star. It probably would have been a different kind of star. Fat Joe liked flash, show off and this kind of stuff and Eminem was not doing that, he was on some other s**t.”

Watch the new interview below: