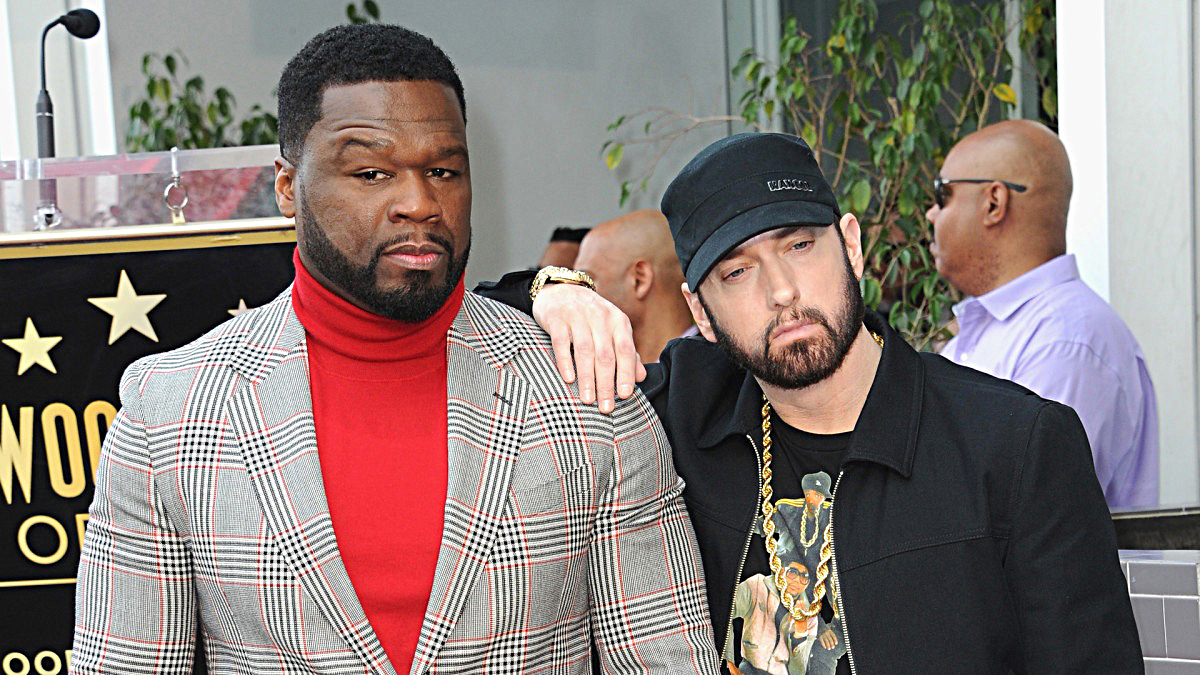 50 Cent has recently spoken exclusively on Express UK about his BMF series, which featured a big role from Snoop Dogg and a cameo from Eminem as a White Boy Rick.

In the new interview, Fifty talked about the 7th episode that he directed and had an Eminem cameo.

“Working with Eminem was great. I think it was the comfortability of me directing that even allowed him to say yes to that. He was like ‘well, what are we doing? ‘Cause we are doing it.’ It’s not like someone else is telling me what to do, and I am uncomfortable.”

“It’s always easy for me to work with Em. I love Em to death, ‘cause that’s my guy. He launched my career. At the point that he’s saying ‘yo, 50’s gonna be the next biggest thing. He’s at 23 million copies sold on the Marshall Mathers LP. That was all he had to do for me music-wise, I took off. I was ready to go.”