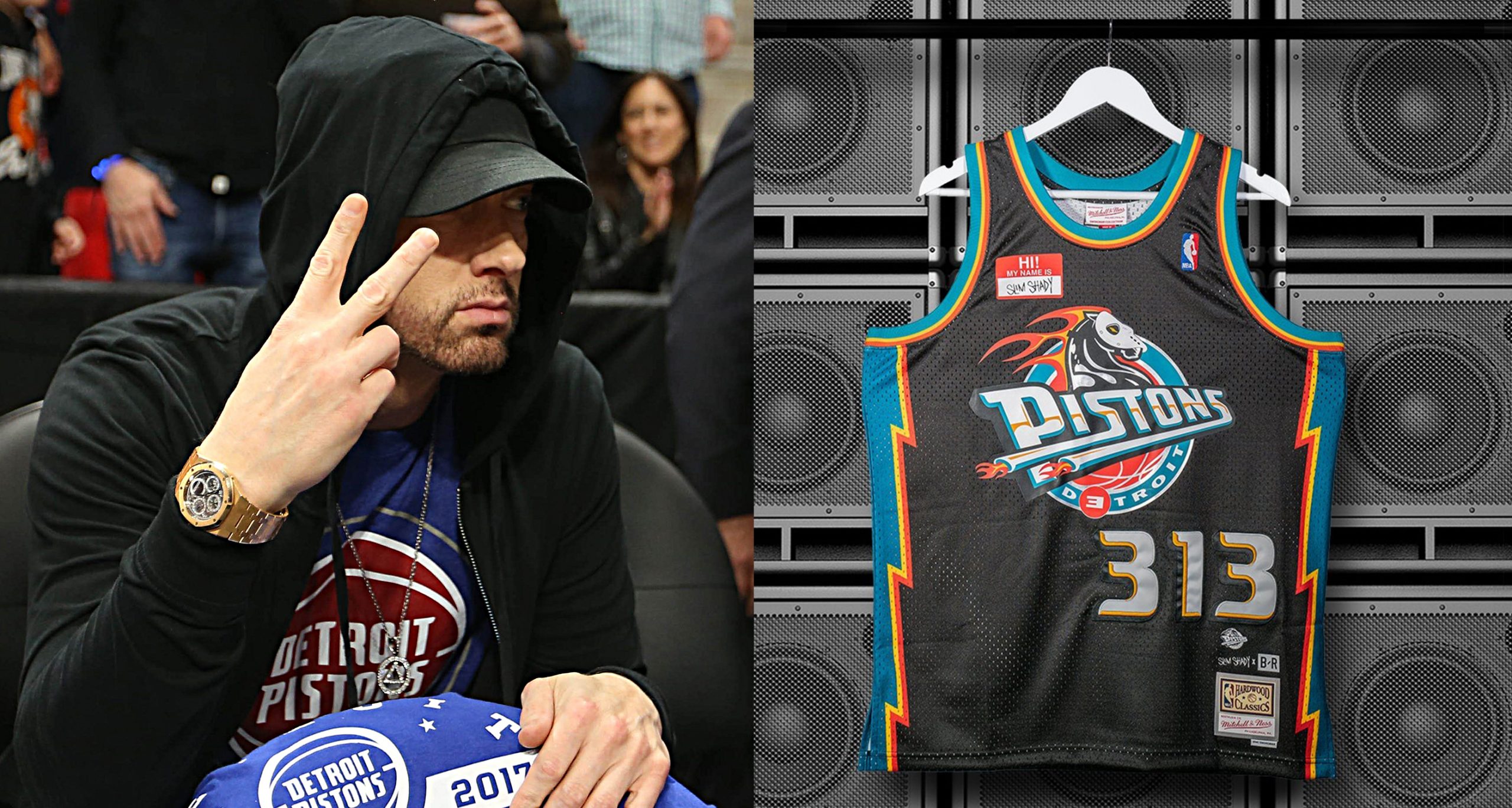 For the Chicago Bulls, a special collection dedicated to Juice WRLD was instantly sold out, and for the Detroit Pistons, a limited-edition capsule inspired by Eminem also sold out in minutes after it went for sale.

Eminem’s Detroit Pistons merch was among the most anticipated from this collection, and it included all sizes of jersey, hoodie, t-shirt and baseball cap. It was stylized with a backward “E,” “Hi My Name Is” tag, number 313 with Shady written in the back and Em’s famous hockey mask over the logo of the team.

Eminem announced the merch drop on social media with the caption: “I had hoop dreams, now I shoot threes,” his line from Kid Cudi collaboration titled “The Adventures of Moon Man and Slim Shady.”

The @BleacherReport x @Eminem x @DetroitPistons collab has sold out already thanks to all! https://t.co/rsqwAEk9Sc