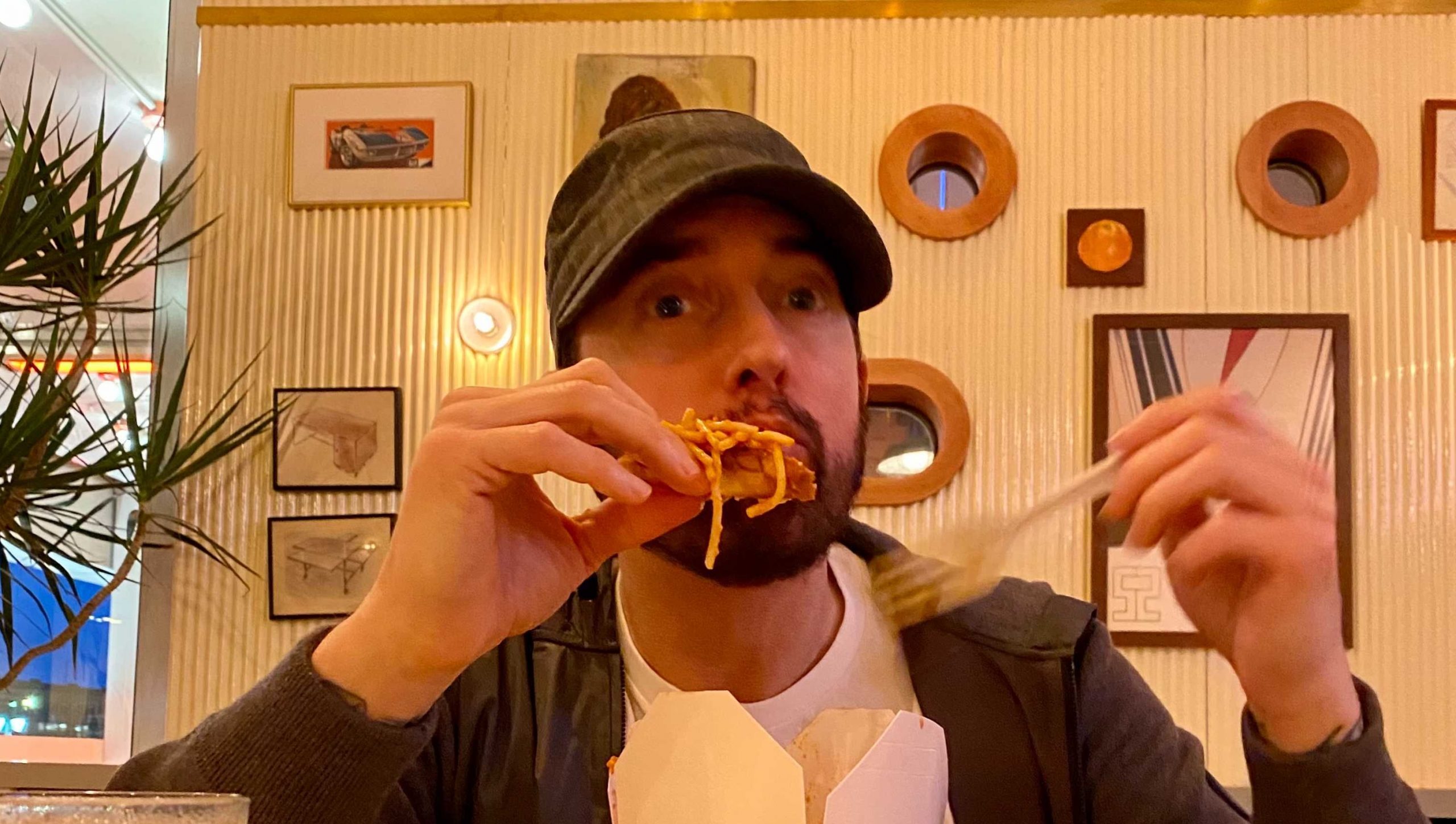 Eminem has showed up to his newly-opened Mom’s Spaghetti restaurant in downtown Detroit to test out new meat sauce. The Detroit legend shared a picture from the restaurant on on his social media accounts.

When asked what his favorite menu item is during an interview on Shade 45 at the time, Slim Shady explained: “In ‘Lose Yourself’ I was saying it from the perspective of Jimmy Smith Jr., the character I was playing in the movie…You make a spaghetti sandwich. It’s definitely some white trash shit. I still eat it today.”