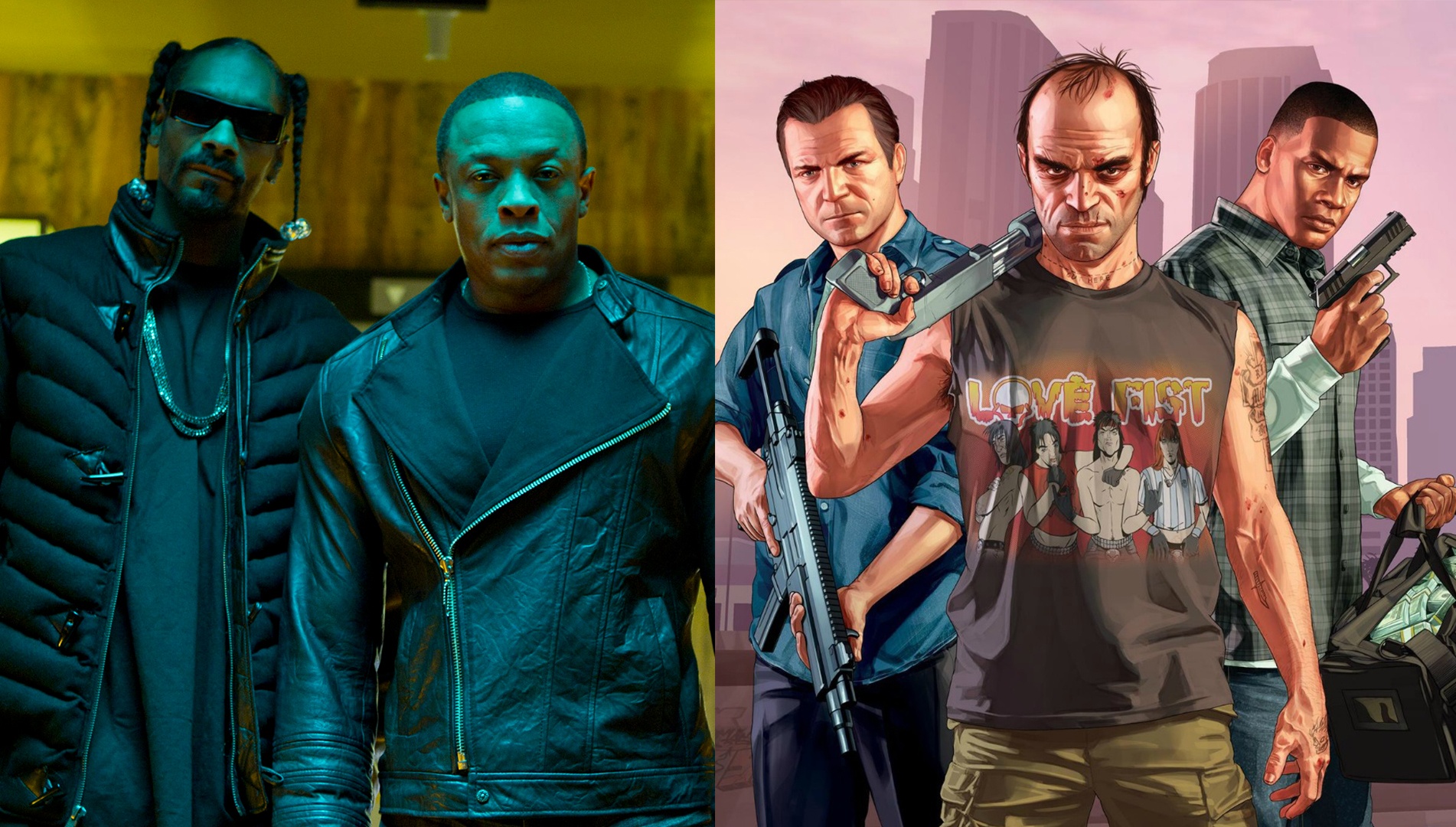 According to Snoop Dogg, Dr. Dre is working on new songs for the Grand Theft Auto video game franchise. Snoop is also on board for some of the new music, the rap legend says in an interview for the upcoming episode of Rolling Stone Music Now podcast which will air on October 29th on SiriusXM’s Volume channel (106) and will be available as a podcast on November 3.

“I do know Dr. Dre is in the studio. I do know he is making great f**king music. And some of his music is connected to the GTA game that is coming out. So I think that that will be the way that his music will be released, through the GTA video game.”

Dre and Snoop will perform with Eminem, Kendrick Lamar, and Mary J. Blige in the Super Bowl LVI halftime show on February 13th of 2022 : “I just think it is going to be family. Look at everybody who is up there. And then look at what they mean to Dr. Dre. It is a Dr. Dre presentation. So we are basically getting his back, coming through like his soldiers are supposed to line up, when the general say, ‘Line up.’” – said Snoop.

For the full interview, stay tuned on Southpawer!