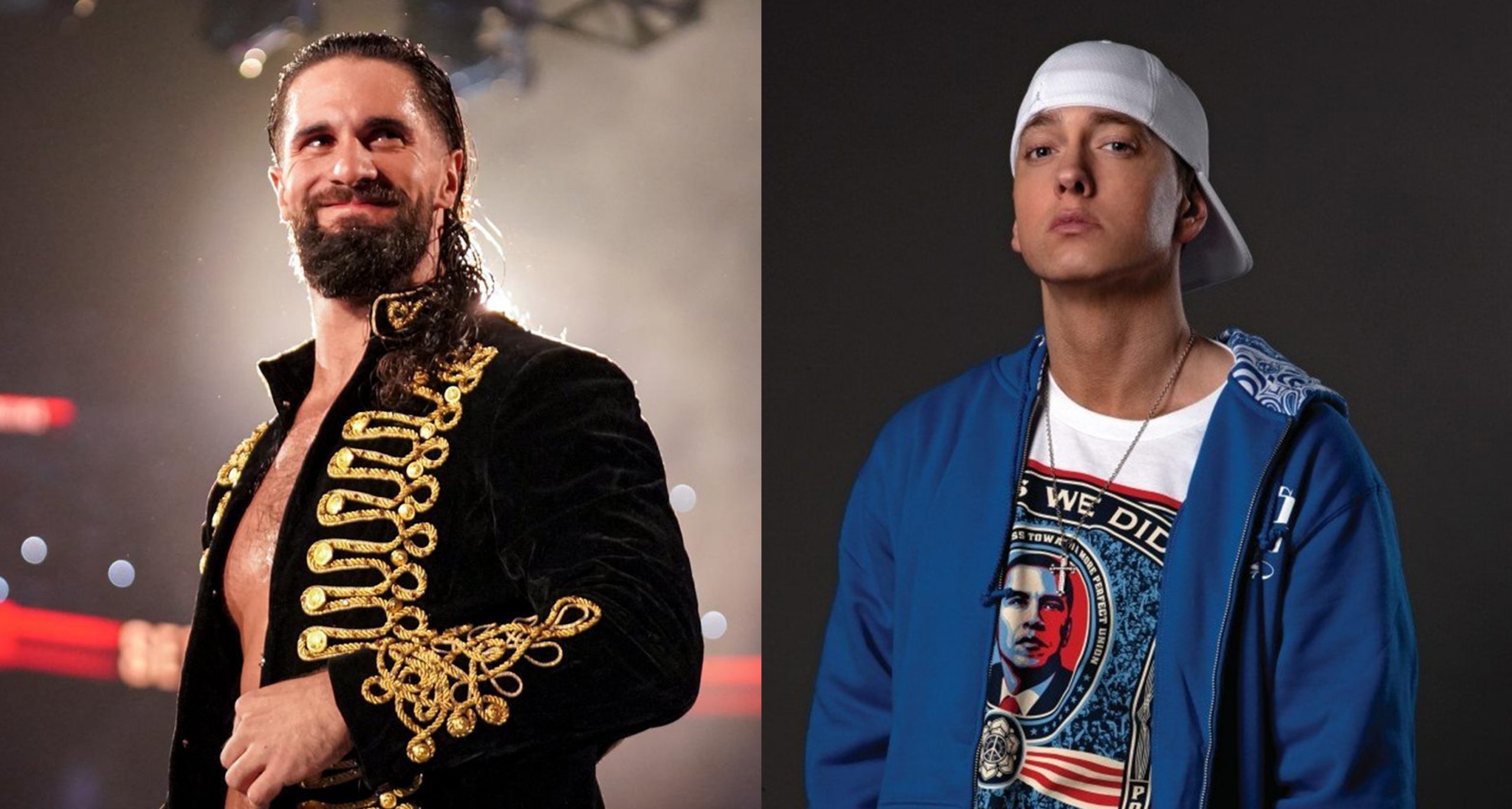 Seth Rollins celebrates his comeback to WWE RAW draft with Eminem’s “Without Me” music and reference.

“Guess who’s back?! Back again! Seth is back! Seth is back! I’m back babe and guess what the best part is? I’m better than I’ve ever been babe.” sang Seth.

There were six rounds of draft picks during night 2 of the 2021 draft. Like the first night, both brands had two picks each round. WWE officials Adam Pearce and Sonya Deville again announced the draft picks.

Eminem was announced to perform at the Superbowl and Seth Rollins got the okay to say “shit” on tv. So naturally he showed up to #WWERaw to let everybody know the Draft would be “so empty Without Me”