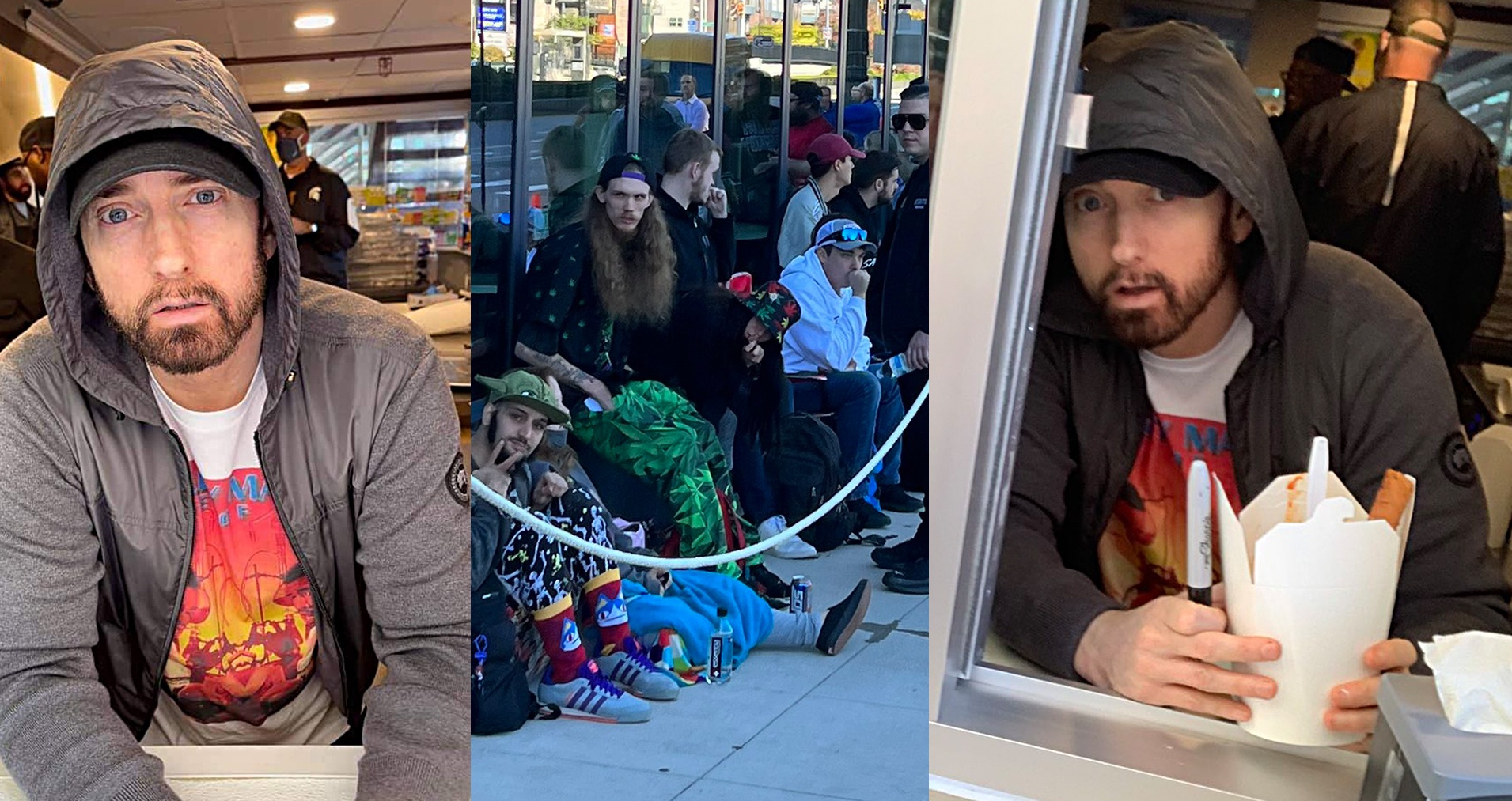 Eminem’s restaurant, called Mom’s Spaghetti, is now officially opened in Detroit and guess what? The Rap God himself is serving fans with the Spaghetti! The spot is within the recently opened Union Assembly restaurant on the ground floor of Little Caesars world headquarters.

One of the fans said that first ten customers were lucky enough to get the food from Eminem himself.

Check out the photos below and stay tuned on this article for more pictures and videos:

Maybe I will choose that dinner with Eminem over 500k… pic.twitter.com/HpwvoyT2MB

Eminem taking food orders from his fans is the cutest thing ever. pic.twitter.com/73gy99b1LK