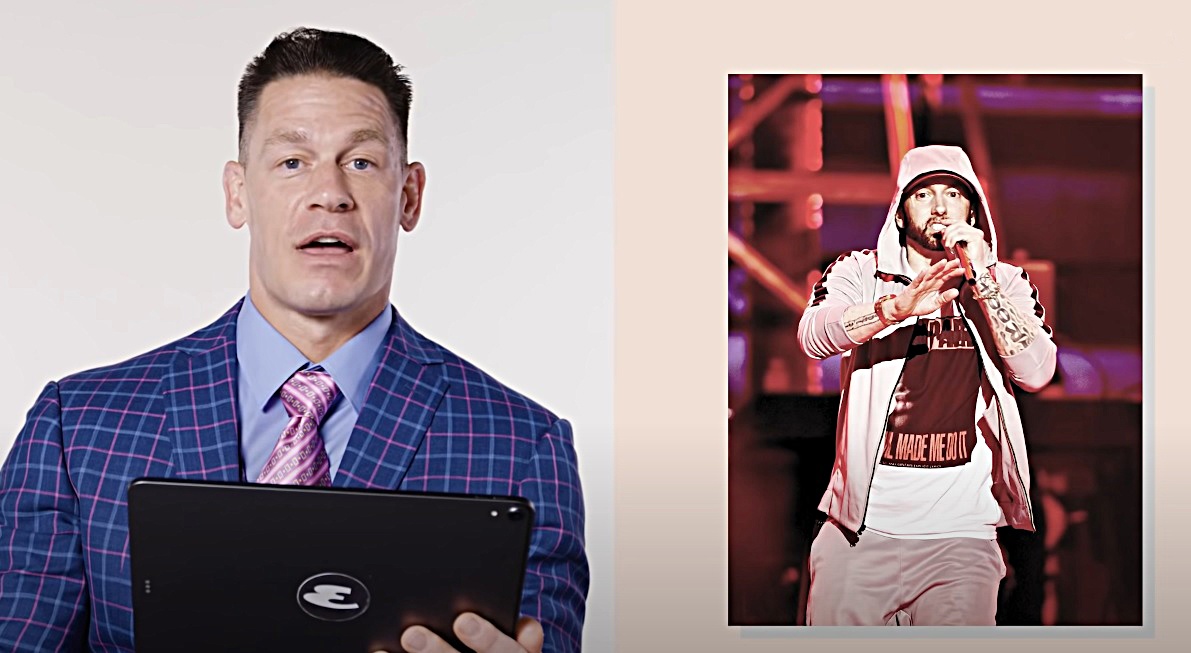 Legendary WWE wrestler John Cena has told Esquire that he would gladly write an anthem with Eminem.

Question: A fan took your theme song and did Eminem remix, if you were to do this for real, which Eminem verse would you use?

John Cena: I would simply have him write a verse because he’s one of the most gifted prolific poets I’ve ever had a chance to listen to. And I think if you give him this music rather than rehashing something he made for specific beat I would like to think he would completely put me to shame by giving his own Eminem touch so Em if you are down to write some bars, borrow the track, here is a catchy tune (sings). I don’t know, think about it, mull it over, get back to me or don’t get back to me. Whatever.