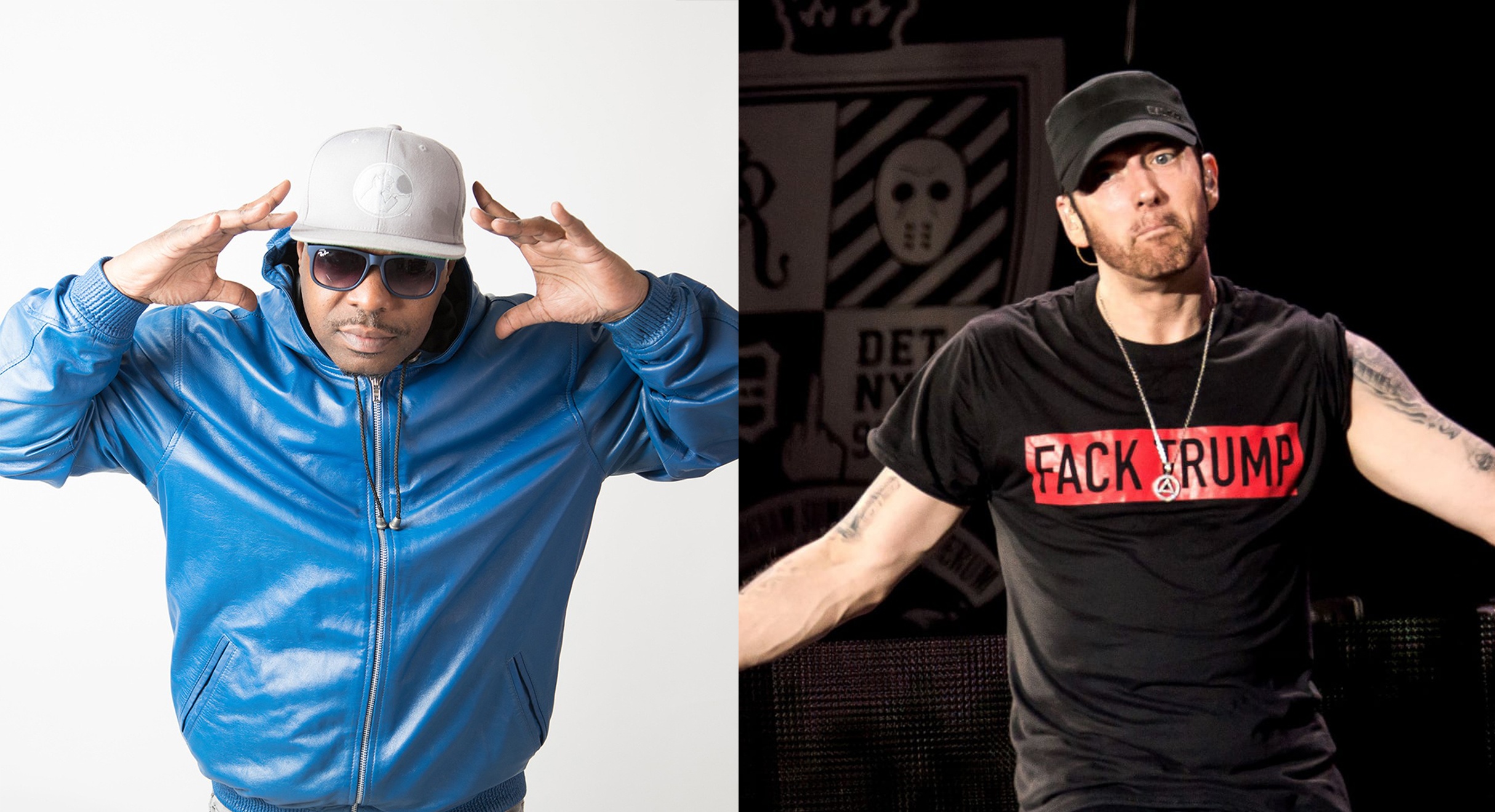 It’s the Detroit time on LL Cool J’s ‘Rock The Bells’ radio channel as Eminem, Royce 5’9″, Esham, Trick Trick, Mr. Porter and other Motor City legends co-host the show. With the help of @flowstoowet twitter account, we have some of the recordings to listen.

Eminem talked about underground Detroit hip hop rap scene when he was coming up at the Hip-Hop Shop: “Back in the days, we had community where everybody kinda knew each other or if you didn’t know anybody and you wanted to make a name for yourself you would come up in that scene and you might be able to get on the mic and rap. And that’s where the Hip-Hop Shop comes into play. Every Saturday, the best of the best Detroit emcees would come and everybody would just rhyme and they kinda passed the mic around. Every once a month we had a battle. That was one of the things that was so great about our underground scene in Detroit, coming up.”

Esham also revealed that there is no beef between the two legends of Detroit: “Just to set the record straight, to let everybody know, there is no beef between me and Eminem. That was rap s**t. Rap was a full contact sport back in the 90s. So yeah, I might do some jabs and I might have took some. Back then I might talk about your mamma, everybody. That’s how rap was. But as far as I’m concerned, Eminem put the Detroit rap on the map.”

Mr. Porter also talks about how he started the production career. You can listen to the audio below: