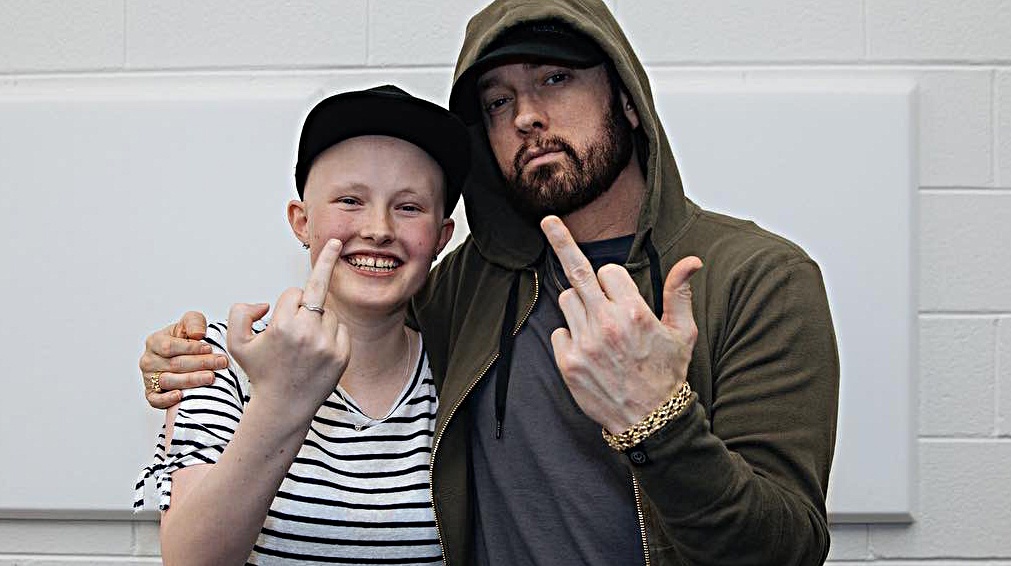 About two years ago, in February 2019, Eminem visited Australia as a part of his Rapture Tour. The Rap God took his time to meet kids suffering from cancer through Make-A-Wish foundation.

Now 18 years old Alex Beulke, who overcame the Ewing’s Sarcoma, tells a story behind her meeting with the Detroit legend:

“Eminem was a little bit shy, but I got to spend half an hour with him. I just expected five minutes. He gave us a massive gift bag that had everything you could buy at the merchandise stand. Then he signed whatever we wanted him to sign and let us take photos.”

“The first question I asked him was what his favorite song was of all his music, and he said either “Lose Yourself” or “Mockingbird” because that is something for his daughters. I also asked him who his favorite artist was to collaborate with, and he said, Royce Da 5’9” or Dr. Dre. But he also asked me some questions. He was really interested in my music, and he was really impressed because he thought I might only like rap music, but I have a very broad range. And I got to a Phil Collins concert earlier that month, so he was really impressed with the broad range. He asked me how many people the Melbourne stadium holds, and I said a hundred thousand but that you expect about 80,000 people to come, and he was just blown away by that. Even on stage that night, he said, ‘This is the most amount of people I have ever seen in one area’.”

“Even to this day, thinking about it makes me smile. I can go back to that memory and think about it and automatically be happy again because it was a phenomenal experience and something I will never forget for the rest of my life.” said Alex.

You can watch the video below and read the full story here.