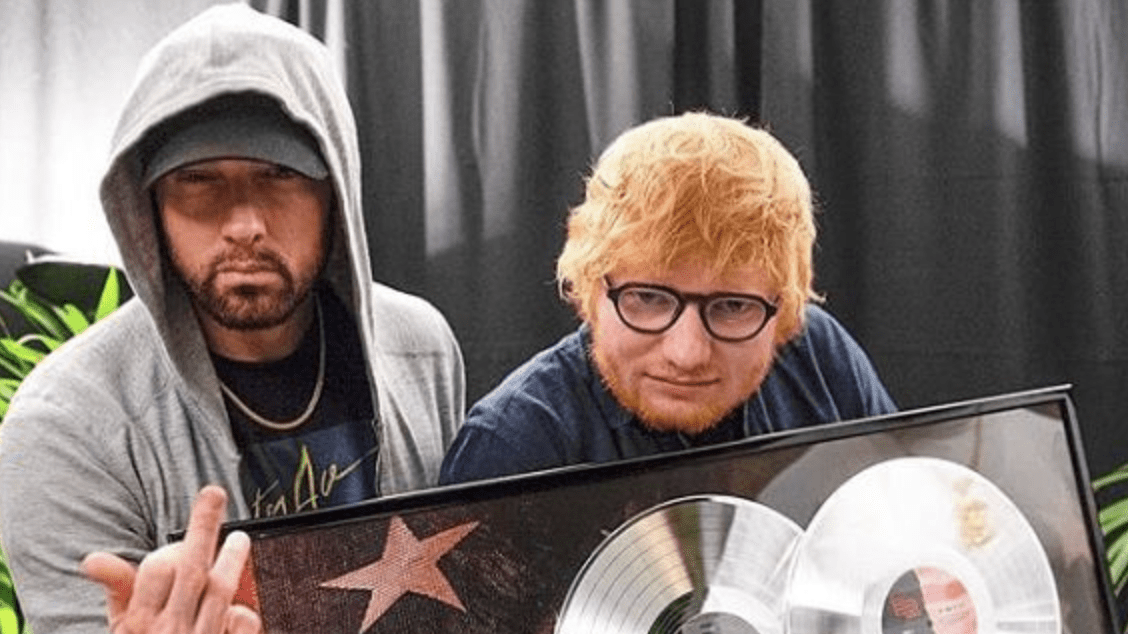 In a new interview with Michael Bennett, on the radio show called Most Requested Live, on Sunday, Ed Sheeran he revealed his favorite Eminem lyrics and the special gift the UK singer sent to Slim Shady:

“My favorite Eminem lyrics? In ‘Criminal’ when he raps: ‘Windows tinted on my ride when I drive in it (Go, go, go!) / So when I rob a bank, run out and just dive in it / So I’ll be disguised in it and if anybody identifies / The guy in it, I hide for five minutes / Come back, shoot the eyewitness / Fire at the private eye hired to pry in my business
Die bitches, bastards, brats, pets / This puppy’s lucky I didn’t blast his ass yet.’ just that, the flow of that is just f**king amazing.”

“We have done like three tunes together. He is one of the reasons I started writing music. When I did the collaborations project, I’ve sent everyone really really nice bottle of wine. He’s one hundred percent sober so I didn’t send him wine but I know he’s a big gamer so I sent him Nintendo 64 with Golden Eye on it.”

You can check out the interview below: