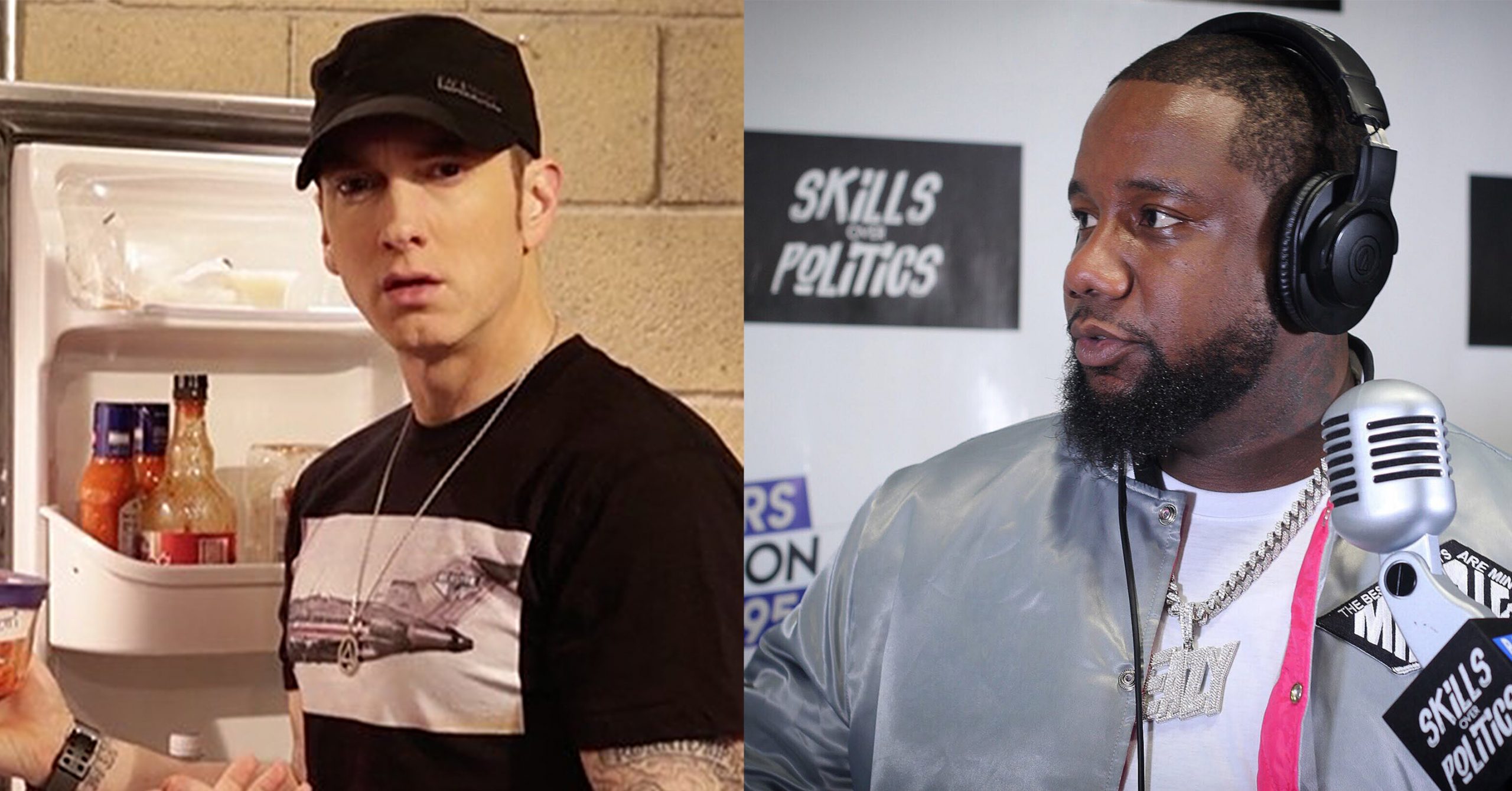 Murda Mook and Loaded Lux has recently set down with No Jumper where they recall working with Eminem and Dre for Total Slaughter and they revealed the reason the show didn’t blow up.

“The way they set it up for us, that s**t was amazing! We were off to the races and Eminem and Dr. Dre was involved but them ni**as scared them away. And you know what Em does? Em doesn’t say ‘f**k them.’ He was like ‘oh s**t. my fault you all. I’m sorry. I don’t want to disrespect your show, Imma fall back.” This is the kind of person he is. He felt bad. He felt like he f**ked it up.” said Murda Mook