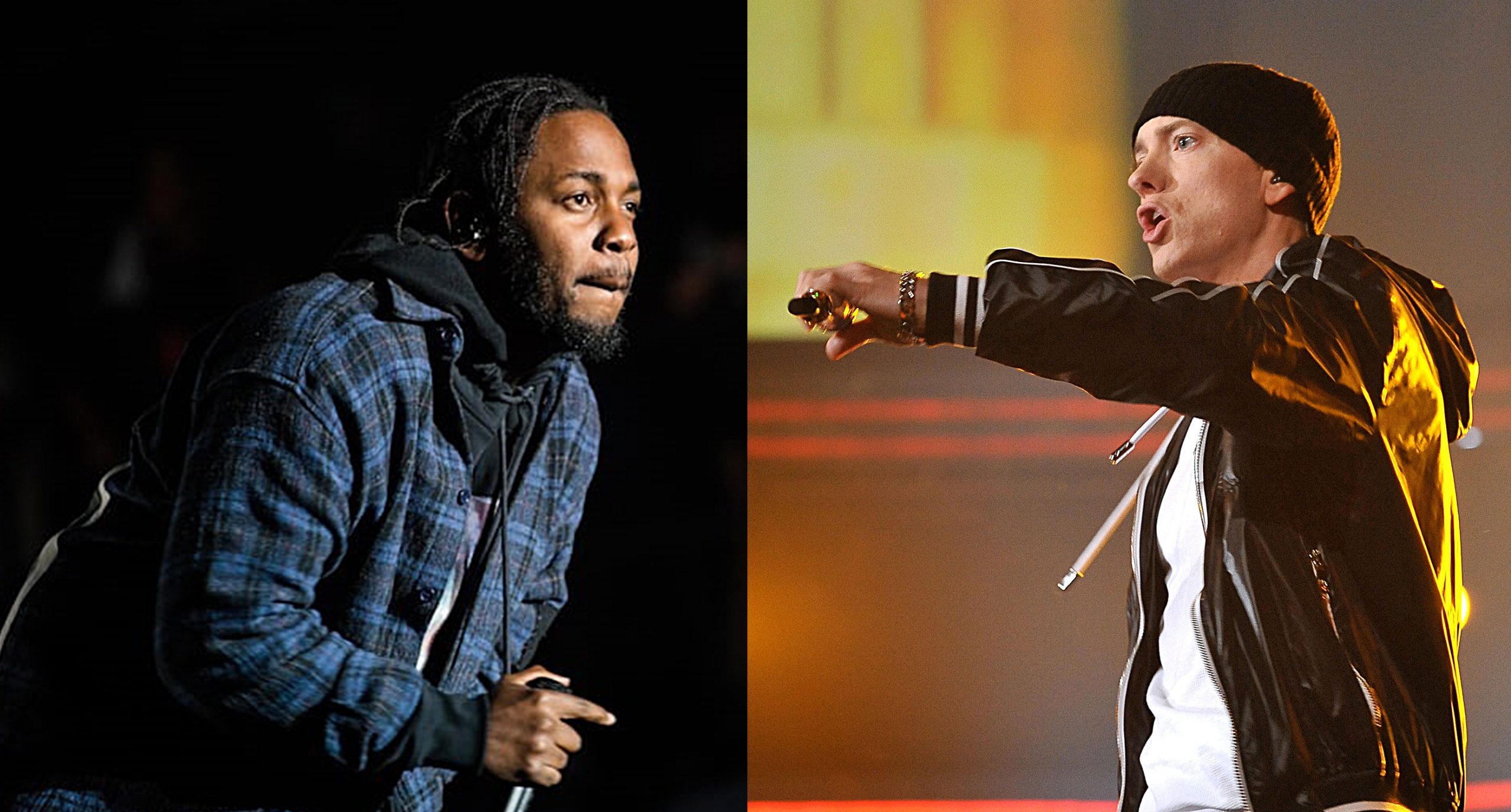 “So sick, I’m looking pale—wait, that’s my pigment. ‘Bout to go ham, ya bish, shout out to Kendrick.”

“I love what Kendrick is doing. He is continuing the tradition of making rap excitement. What he did with “Control” verse was incredible.”

“I love Kendrick Lamar. I just try to pay attention to what’s out. Wayne puts out a new song, and my ears perk up. There are certain artists that make me do that just because of the talent that they rhyme at — it’s like candy to me. Kendrick, the way he puts albums together — front to back, they’re like pieces of art.”

KXNG Crooked reveals Eminem wanted Kendrick to win album of the year at the Grammys, 2016.

“I talked to Eminem about Kendrick nominations. He seemed like he doubted if they would give him Album of the Year. Not because he doesn’t deserve it but he was telling me all the stories of people been snubbed for their amazing albums in Hip Hop. He was like ‘Yo man, I just really want him Kendrick Lamar to get that Grammy.”

“I think hip hop is in a good place right now. Definitely. I feel like artists like J. Cole and Kendrick Lamar and Joyner Lucas are definitely the students of the game and I feel like they have studied hip hop beyond their years. To me, you can not be as good as they are without going back and studying the evolution of hip hop.”

“If you ain’t Joyner, Ii you ain’t Kendrick or Cole or Sean, then you’re a goner.”

“I belong here, clown! Don’t tell me ’bout the culture! I inspired the Hopsins, the Logics, the Coles, the Seans, the K-Dots, the 5’9″s, and oh brought the world 50 Cent.”

“One of the best things is to be able to watch like Cole and Kendrick come up and seeing how great they were right off the bat.” In the same interview, Eminem listed his current top rappers:  “As rap evolves, you know like I said, you gotta put Cole and Kendrick on that list, and Joyner, because those are guys who really care about the craft. I can’t predict our flow pattern, I can never predict anything, it’s the same thing getting on a track with Kendrick. I can never tell what the f*ck he’s gonna do. Cause he is such a chameleon of styles, and he can fu*king do pretty much anything. And he’s so proficient at it, he’s so good at it and you don’t know what you’re gonna get. That to me is like a top-tier lyricist. Because you can get your a*s kicked any day.”

“They say nobody is really saying lyrics anymore but that’s bulls**t cause there are lots of kids coming up. I mention Kendrick and Cole a lot. I know they are not kids-coming-up anymore but they came after us but they have studied all the greats. You can tell because it goes into their pan.”

I don’t make sure every sentence and bar with a pencil is sharp, and I’m quick on the draw, Yeah, so when I pull it, surprise like Kendrick Lamar you need to walk the Yellow Brick Road and find the chick with the dog ‘cause y’all are missing a heart.”