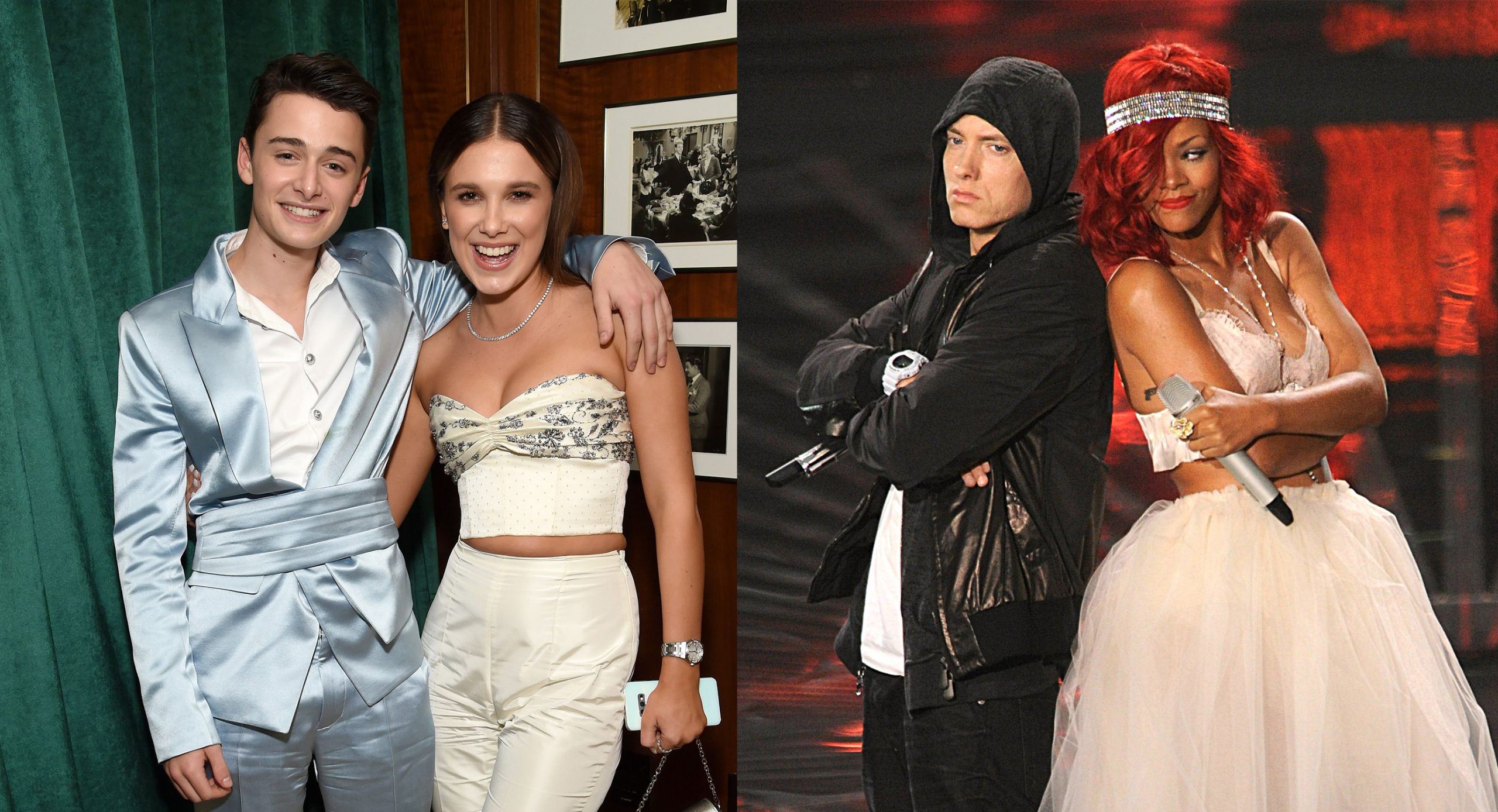 Stranger Things stars Noah Schnapp and Millie Bobby Brown have recently sat down for a game of “Song Association” with Elle few days ago, and needless to say, things got hilariously feisty between the two.

Before they even started the game, the Hollywood stars  confessed that they would put in some practice ahead of time. “I mean, we tried playing it yesterday just for fun,” Schnapp admitted to the camera. “Millie crushed me, so we’ll see how it goes.”

From there, the pals — who play Eleven and Will Byers in the Netflix sci-fi hit, which just dropped season four — went round for round trying to come up with songs and sing them before the other when given a single word. Among their prompts? “Monster” (“Monster by Kanye West and “Monster” by Eminem and Rihanna), “Easy” (“Easy on Me” by Adele) and “Life” (“Life” by Drake, though Brown couldn’t come up with the lyrics and had to substitute Rascal Flatts’ “Life Is a Highway” after time ran out.)