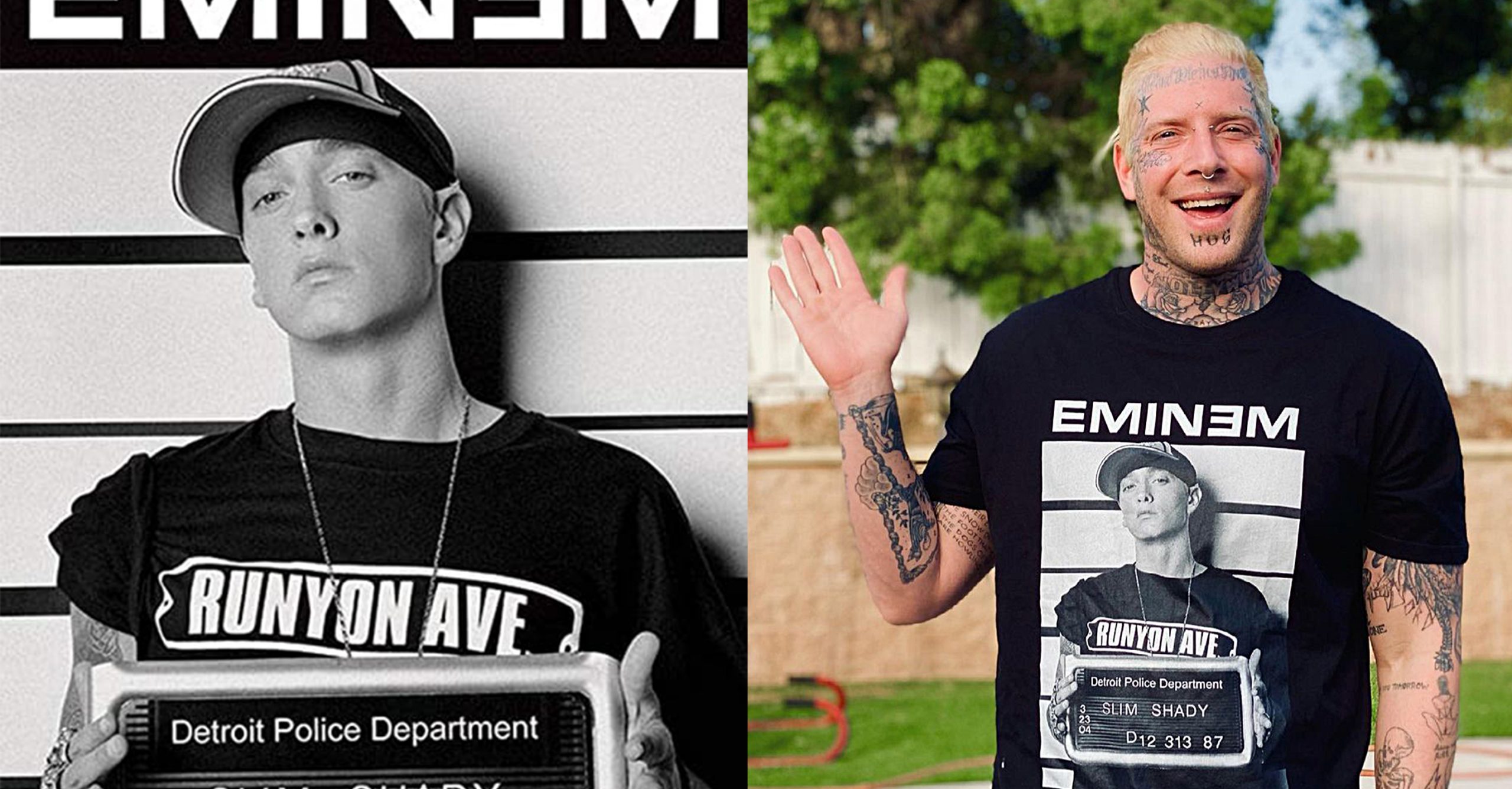 Last month, it was reported that Eminem’s NTF beat “Stan’s Revenge” was bought by Tom MacDonald for $100,000. Few days ago, the Canadian rapper responded to the controversy with 1 minutes and 20 seconds video:

It is still unknows if the Eminem-beat was purchased by MacDonald but the new music that he’s dropping this Friday is obviously inspired by Slim Shady as in the teaser of the video, Tom is holding the chainsaw and “New Video Friday” is written with backwards ‘E’, which, of course, symbolizes Eminem.

Tom MacDonald also posted a picture of himself wearing Eminem T-shirt with the caption: “Y’ALL EXCITED FOR NEW VIDEO FRIDAY?!”

We, of course, keeping an eye on what’s coming on this Friday, Tom!