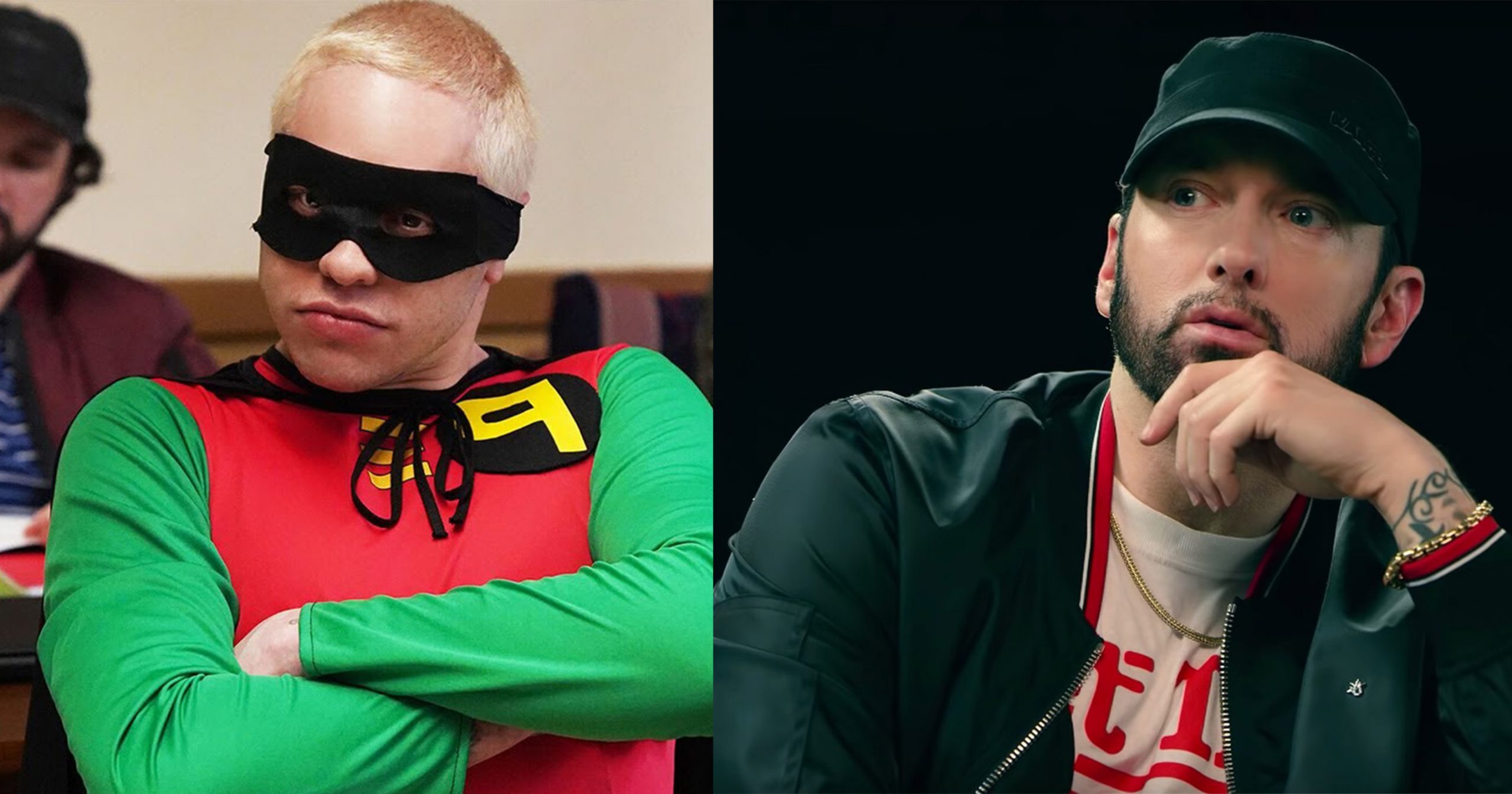 Back in March 27, Saturday Night Live did the parody of Eminem’s 2002 hit song “Without Me,” not just in song, but the track’s popular video as well.

The sketch kicked off with Kate McKinnon portraying Secretary of the Treasury Janet Yellen, who was speaking to a group of economy students. After the professor (Kyle Mooney) asked if there were any questions for Yellen, familiar notes from Em’s tune off The Eminem Show start to play as the camera pans to Pete Davidson dressed as the rapper’s fake superhero Rap Boy from the “Without Me” video.

After stumping the professor, Chris Redd — dressed as Dr. Dre’s take on the Matrix‘s Morpheus — chimes in to offer pills and explain further. Confused by the “complete nonsense,” McKinnon’s turns to the janitor — played by musical guest Jack Harlow — for a more “eloquent” explanation of what, exactly, NFTs are.

Almost a month later, Eminem responded to the spoof with one emoji. Check out his tweet below: