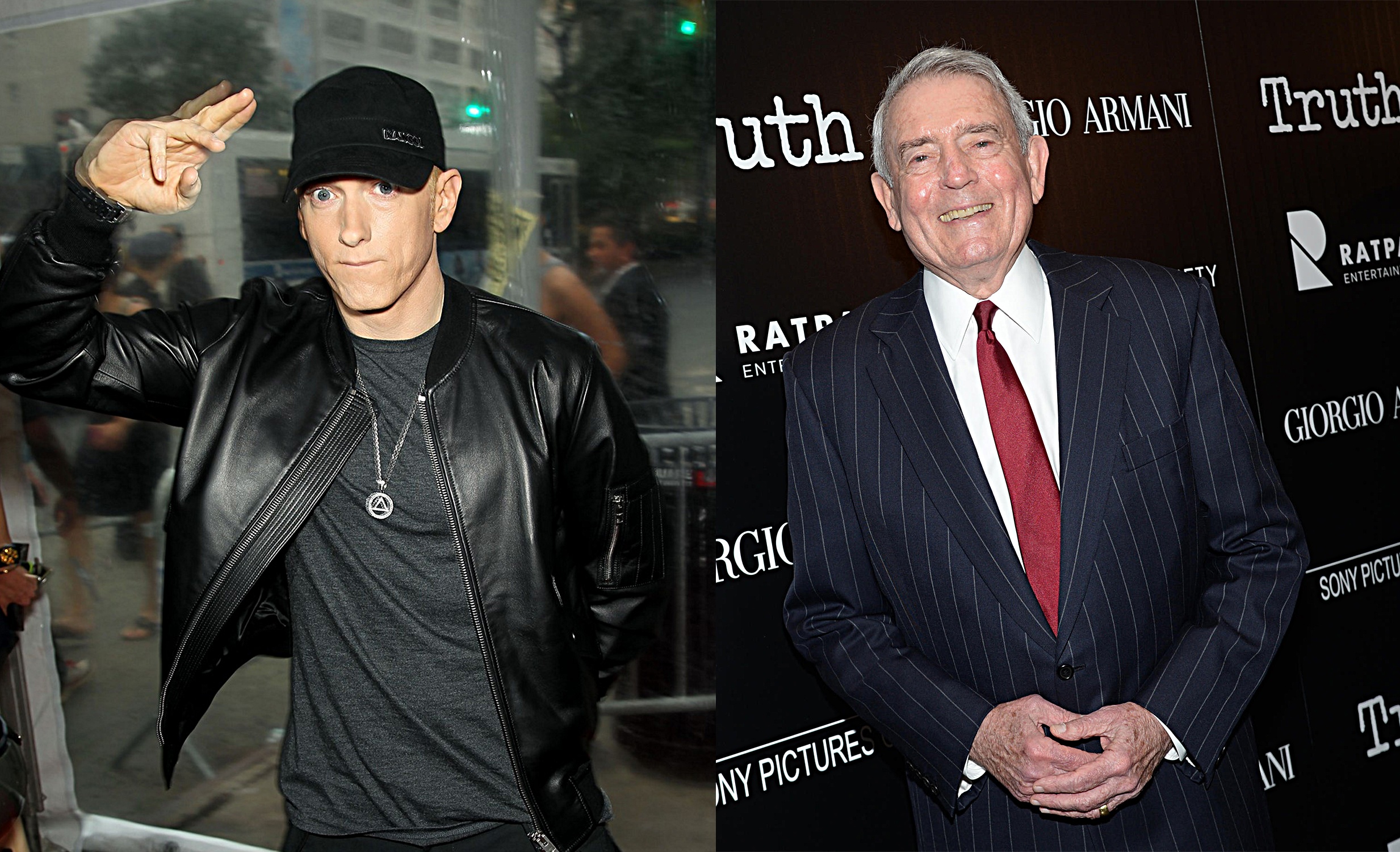 After more than 70 years on television, Dan Rather continues to evolve with the times.

Take Season 9 of The Big Interview, where the legendary newsman conducts candid conversations with celebrity guests remotely. These upcoming six episodes, filmed via Zoom and in-person camera teams, shine a spotlight on musical families, including, on the season premiere, Hillary Scott of the country chart-topping Lady A, and her husband and drummer Chris Tyrell.

TV Insider has recently chatted with Rather to talk about the experience of taking the AXS TV series virtual, and more. At one point, the interviewer asked what is his dream interview. Here is what Dan Rather replied:

“It’s Eminem. Number one, he has been very successful for a very long time. Number two, he does not do very many interviews. He is very hard to get. Third, he is an intriguing character with a really good story to tell.”