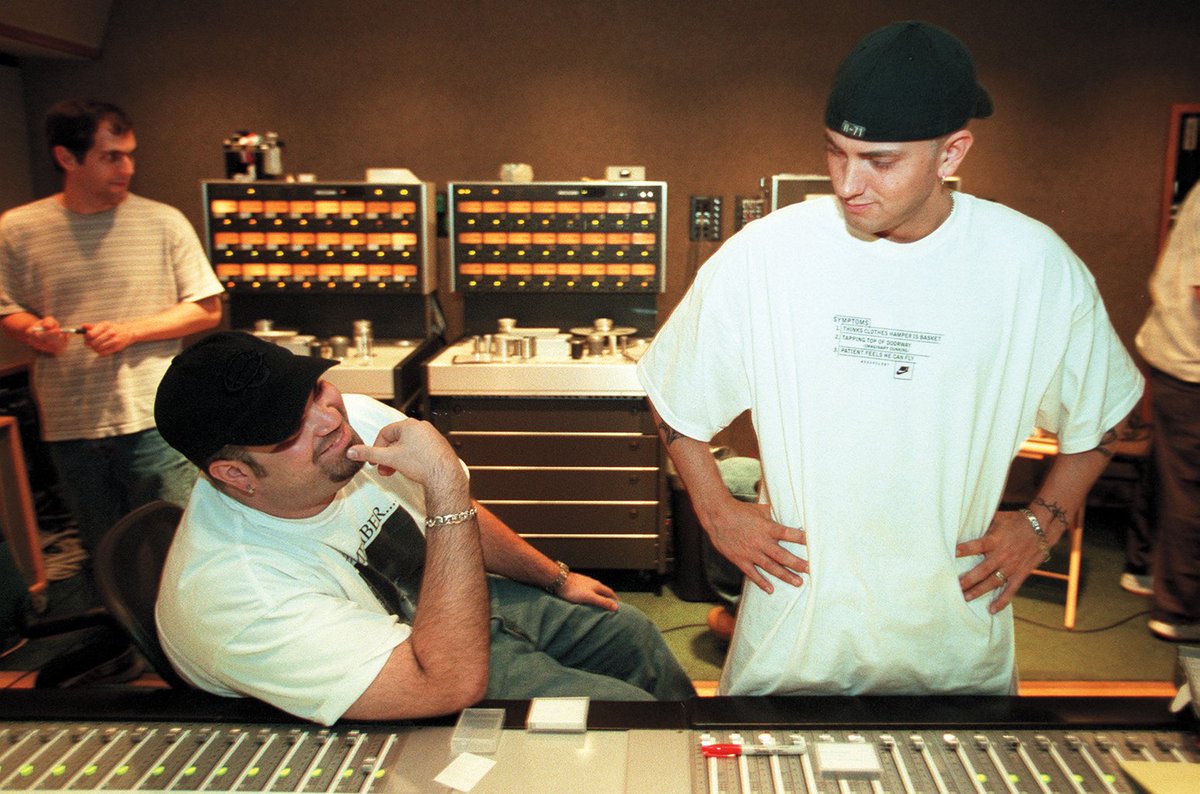 Few months ago, Eminem’s iconic track “Lose Yourself” surpassed 1 billion streams on Spotify. To celebrate the achievement, Eminem shared a short video clip, dedicated to the accolades of the song.

Eminem’s manager, Paul Rosenberg re-shared the video and told some inspiring story of how Eminem was creating his magnum opus: “I know you guys have probably already seen or heard about this but I had to post it too. Eminem recorded and wrote “Lose Yourself” on the set of 8 Mile movie. Whenever we had a break or down time he would run into the studio trailer and get on the mic or tweak beats when most actors would have been catching up on their rest or having a meal. In fact, Marshall wrote lyrics in his notebook (or sometimes to the dismay of the continuity watchdogs on his palms) while crouching in the corner with headphones on in between takes. Most artists do not have the good fortune of writing a classic like this under ideal circumstances let alone those described above. Its success and longevity is a testament to the dedication and genius of a rare level of talent and artistry. Congrats, Marshall! Really impressive stuff!”