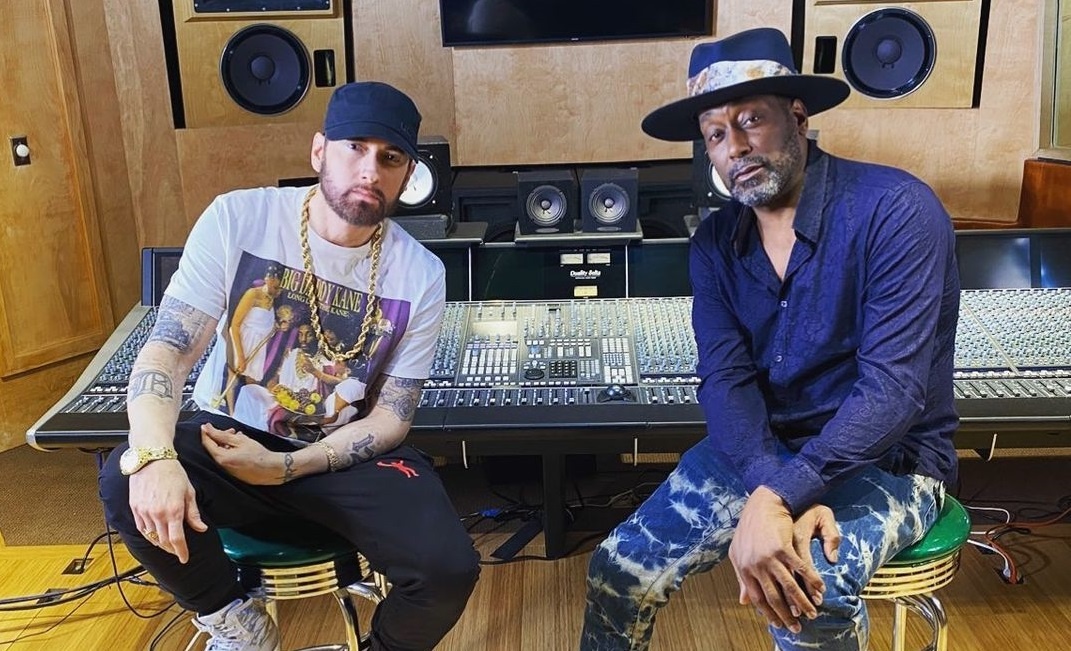 Eminem and legendary rapper Big Daddy Kane has just hit the studio together. The Brooklyn rapper posted a picture of Eminem and himself on Instagram with the caption: “Chopping it up tonight with this great lyricist Eminem. We spread a lot of love in this conversation.”

Eminem has previously shouted out Big Daddy Kane, who is one of the biggest influences of him while growing up, in several interviews and songs. It seems there is mutual respect between the two legendary rappers. Last year Kane compared Eminem to Kobe Bryant of rap: “That era would be the era after JAY-Z, Nas, Biggie, Tupac, so that would be, I assume, Eminem, Jadakiss, Fabolous and Ludacris, maybe. So I guess those would be the elites you would consider the next Kobe ’cause that’s the next era. It would be one of them. I guess lyrically, my favorites would be Em, Jada and Fabolous.”