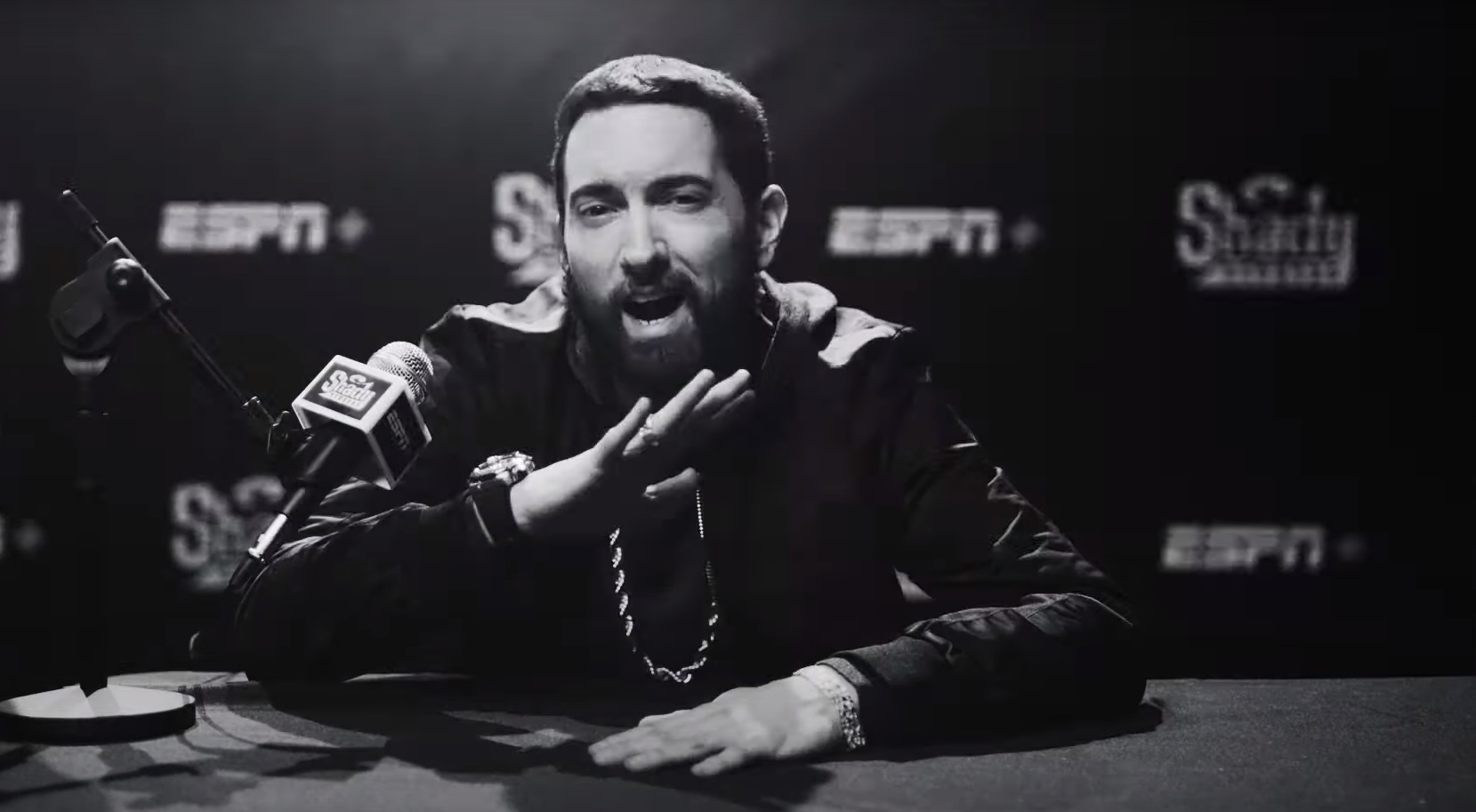 “Higher” is a song from Music To Be Murdered By: Side B, by Eminem, produced by himself. In the song the Detroit legend shows off his lyrical capabilities and talks about his life after fame.

The song’s hook is performed by Sly Pyper and Eminem is now the official theme song to #UFC257, featuring Dustin Poirier vs Conor McGregor fight. The song was also featured in the promo video of Football’s National Champion finale.

On the New Year’s Eve, Eminem appeared on his radio station Shade 45 to talk about every songs from the Side B album. The interviewer asked what motivates Eminem right now, and the Rap God answered:

“As far as things like to motivate myself like it’s just the same thing I’ve always tried to do is like “make this better than the last one. But I draw inspiration from all over the place whether it be from new rappers coming up, I’m always checking for the next dude, the next female, whoever.”

About a week ago, Eminem asked fans to sing the hooks of the song and the best ones are now included in the video, alongside exclusive footages of Poirier VS McGregor fight. You can check out the latest motivational track from Eminem below: