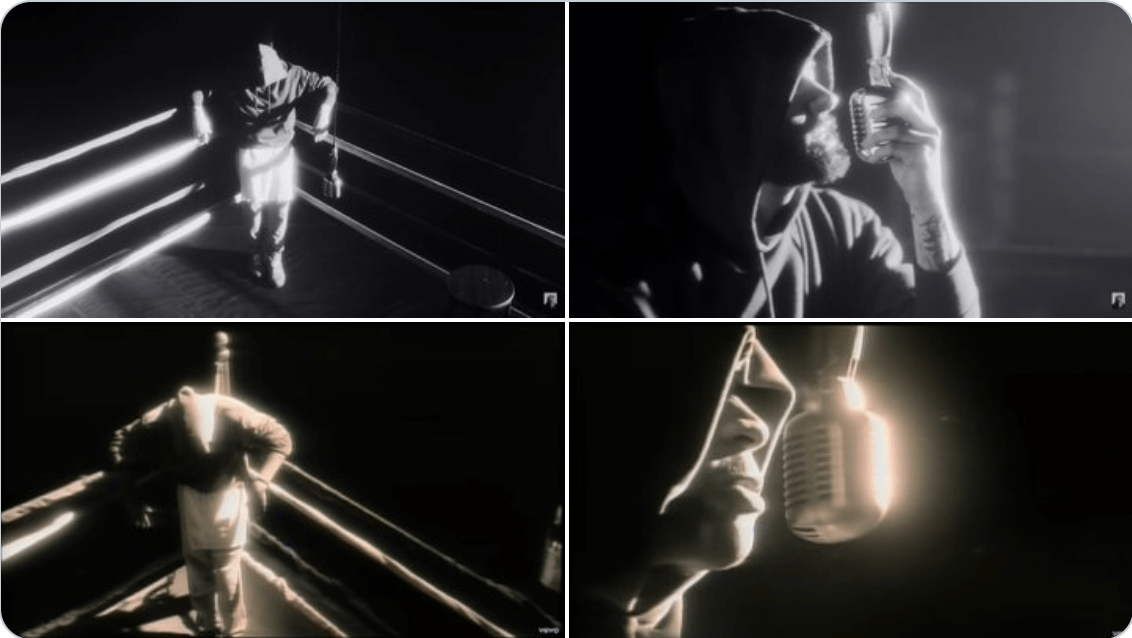 Eminem has just released the music video of “Higher,” which features Dana White, footages of UFC fights and videos of the fans sent to him a week ago.

In the video, Eminem pays homage to his biggest influence when growing up: LL Cool J. Specifically LL’s Grammy-winning single “Mama Said Knock You Out.” The song that was inspired by his grandmother, who told him to “knock out” critics who were disappointed in his previous album.

“Mama Said Knock You Out” uses samples from James Brown’s “Funky Drummer,” the Chicago Gangsters’ “Gangster Boogie,” Sly & The Family Stone’s “Trip to Your Heart” and “Sing a Simple Song”, and his own track “Rock the Bells” which Eminem performed at Hip-Hop Honor Awards 2009.

Watch the both videos below: