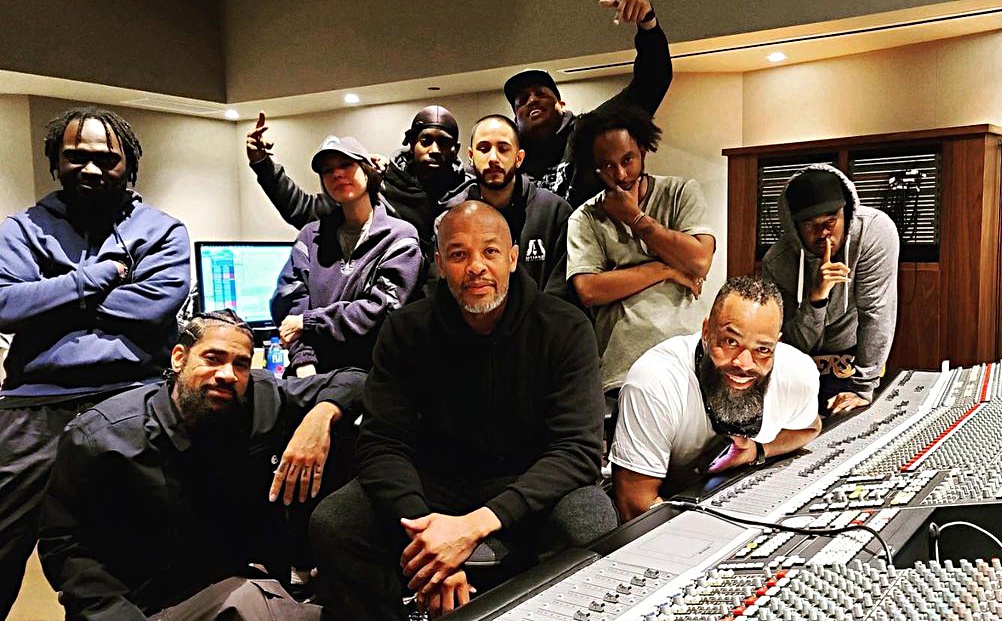 Legendary rapper and producer Dr. Dre was back at home Saturday after being treated at a Los Angeles hospital for a reported brain aneurysm. He reportedly was released Friday from Cedars-Sinai Medical Center.

Dr. Dre hit the studio with Interscope producers right after a day he left hospital. Dem Jointz, who was heavily involved in Dre’s Compton album, hit Instagram with new picture and caption: “And we back! Detox 2021!”

ZumoKollie, who is also one of the producers and music engineer at Interscope, shared the same picture with caption: “Boss Back! Calling The Shots! It is going to be a long year for you all, man!”

You can check out the full thing in the video below: