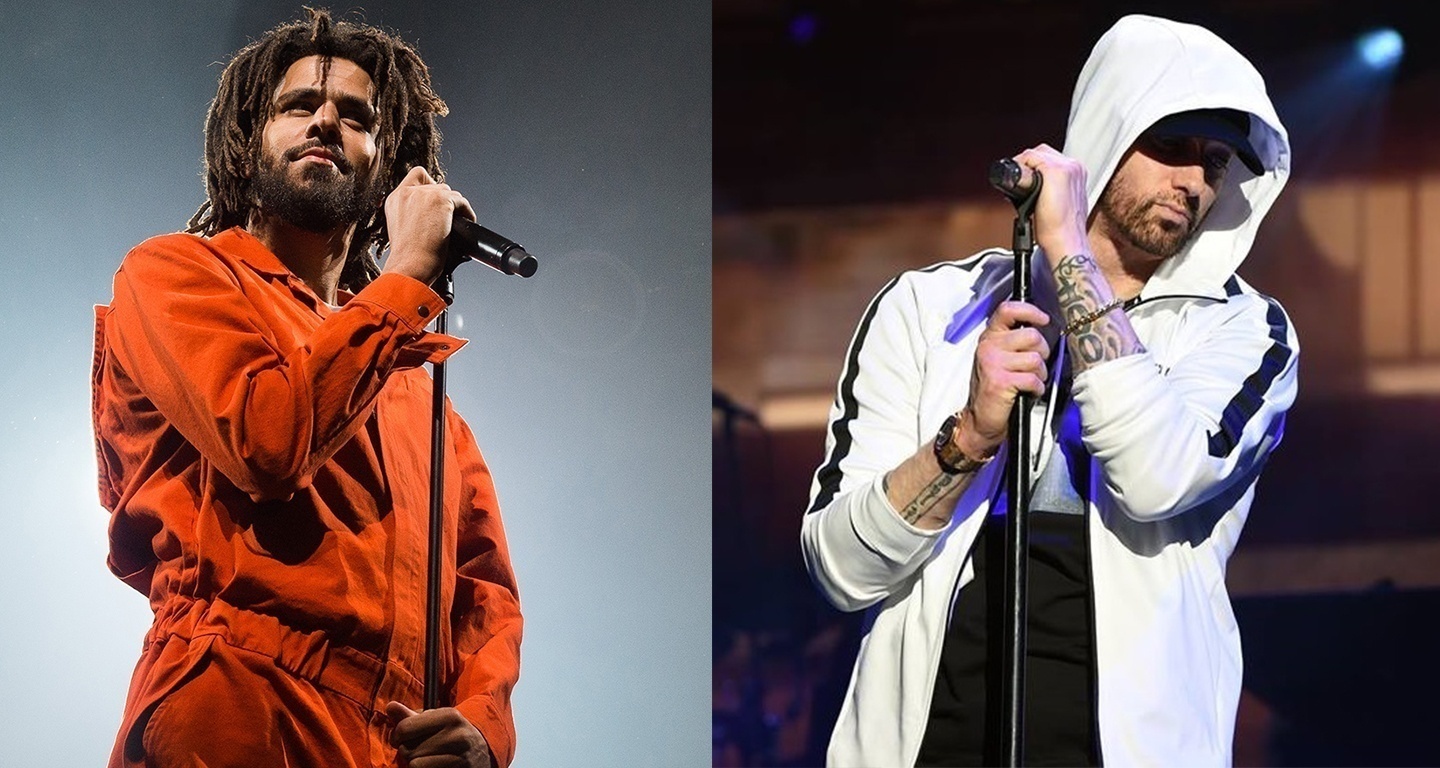 In the song, J. Cole attempts to restore the balance in Hip Hop as he criticizes white privilege and white appropriation of Hip Hop culture. For example, Macklemore’s The Heist album winning the Grammy Award for Best Rap Album over nominees like Kendrick Lamar’s good kid m.A.A.d city, Drake’s Nothing Was The Same, Kanye West’s Yeezus, and Jay Z’s Magna Carta… Holy Grail, as well as Iggy Azalea winning other awards at MTV and Billboard.

Listen…
History repeats itself and that’s just how it goes
Same way that these rappers always bite each others flows
Same thing that my ni**a Elvis did with Rock n Roll
Justin Timberlake, Eminem and then Macklemore…
While silly ni**as argue over who gon’ snatch the crown
Look around, my ni**a, white people have snatched the sound

Cole is saying that artists like Justin Timberlake and Eminem have found success in performing music that is owned by Blacks, outselling their black contemporaries. Eminem has even admitted this way back in 2002 on a song “White America.”

Lots of people, including Kxng Crooked and Trick Trick took these lines as an insult to Eminem. Trick even threatened to keep Cole out of Detroit: “He ain’t poppin’ “S**t S**t” is he??? I will lock the gate on that ni**a. He gon’ build himself an ass whipin’” – Trick Trick commented on Marv Won’s Facebook post, who took Eminem’s side as well.

Few days later, in an interview with Power 105.1 FM’s Angie Martinez, J. Cole explained that this line was not meant as a dig at Eminem:

“People gotta know, Its silly how big of an Eminem fan I am. When I had the song ‘Let Nas Down’ and I had the raps hanging up on my wall, he wasn’t the only one. It was a very select, top notch people that I worshiped and Eminem was literally at the top of that list. My first song was literally an Eminem bite. If you thinking I’m dissing Eminem, than I know you just read the headline, or you’re listening to the song with the headline in mind.” says Cole