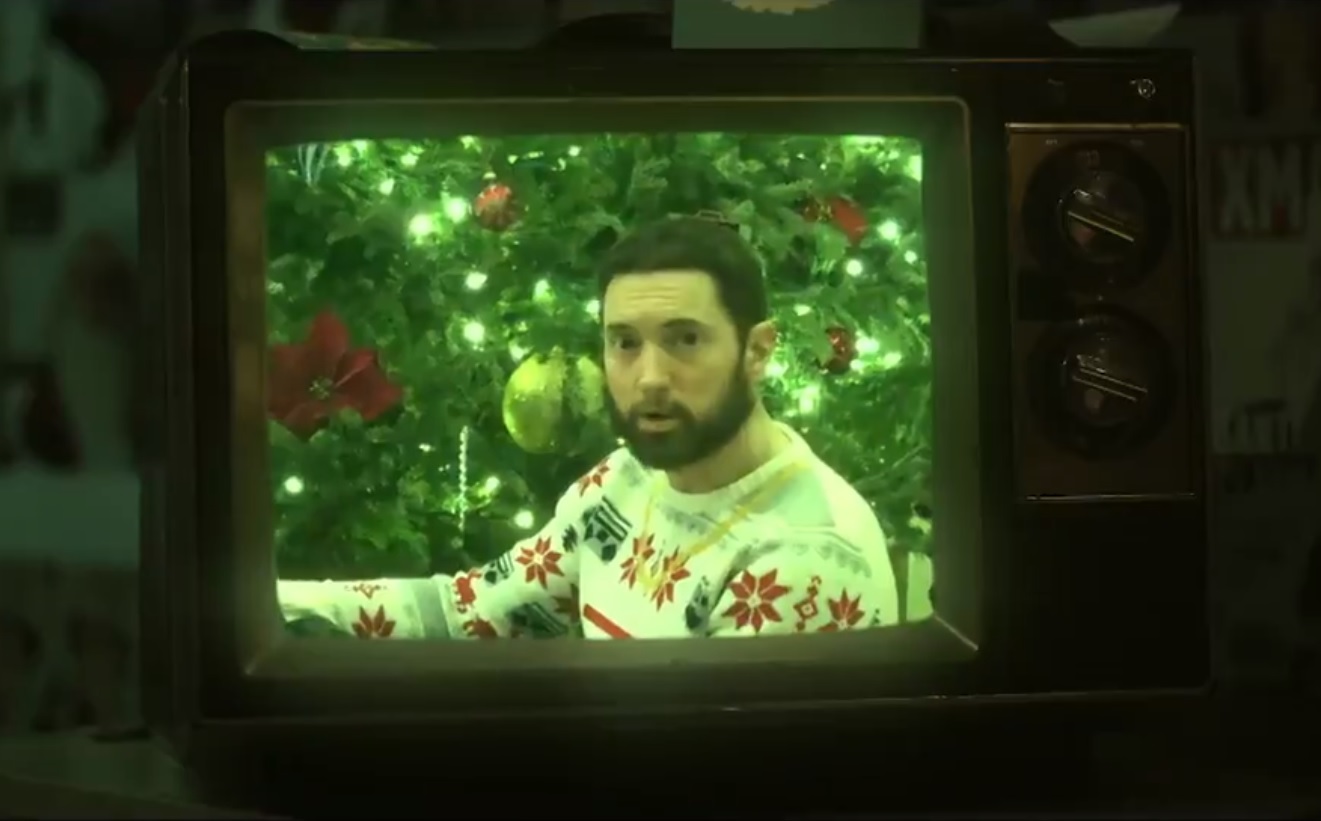 “Stan” was released almost two decades ago. And now the comedian Pete Davidson who is close friend of Machine Gun Kelly, parodied the song on “Saturday Night Live” by turning it into a twisted Christmas anthem, “Stu,” and Eminem himself makes the appearance.

With his hair bleached blond hair, Pete Davidson descended down some basement steps to write his letter to Santa Claus. Surrounded by lots of photos of jolly ole Saint Nick, he began, “Dear Santa, I can not believe the year is almost over, it is getting colder, I am a year older but I am still your soldier… the only thing keeping me alive, Dear Santa, please bring me a PS5.”

He continues: “I tried to buy one at Walmart, ran around the shop mall like Paul Blart, tried to find one for sale, but the thing is they are all out, yo, I even went to a Gamestop, but then I was like, ‘Oh wait stop,’ Santa Claus can make one, the man got his own workshop.”

Eminem’s “Stan” features a pop singer Dido singing the chorus, and Kate McKinnon took on that role in “Stu” video. Also Eminem and Sir Elton John famously performed the song the 43rd Annual Grammy Awards. Which is included in the “Stu” clip, as well.

“Stu is waiting for his surprise, to open up a PS5, he just really wants to play, “Assassin’s Creed” on Christmas Day, but he can not buy it himself because he lost his job because he was stealing from his boss, I would be worried, Stu is a scary guy / a scary guy,” McKinnon sang on chorus.

Yang’s verse went: “This year Christmas will be bad, cause Santa s**ks and Stu is sad. He already asked you really nicely and now he is really pissed off. I am just telling you cause I like you a lot. I am a big fan of Santa Claus and I also want a PS5, a PS5.”

Eminem made the appearance at the very end of the video, shown on the television screen in Pete Davidson’s basement. Eminem appeared in a holiday sweater, saying he received a PS5 even though he never asked for it: “I guess Shady must have been a good boy this year. Sorry Stu, you f**ed up.”