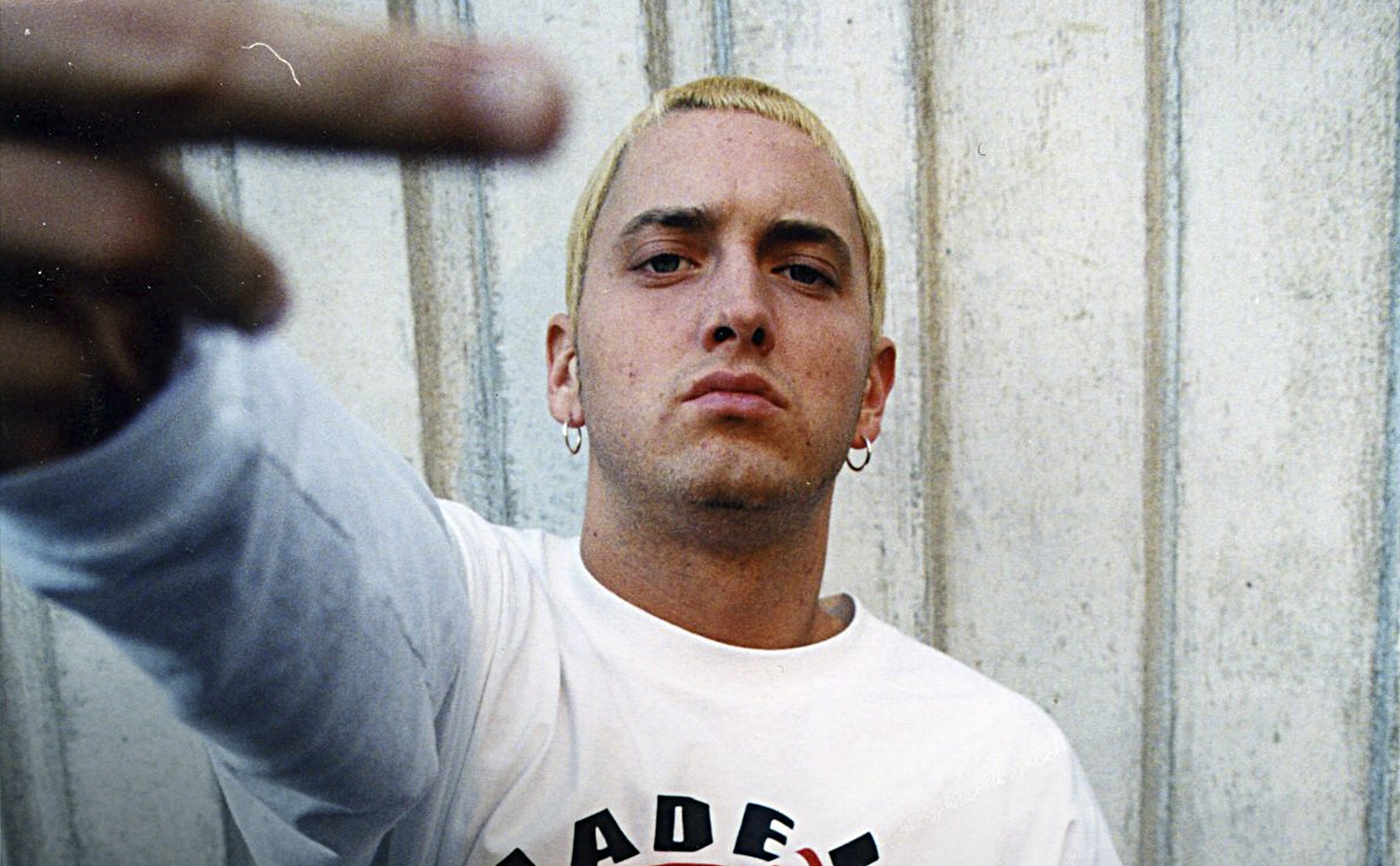 It was February 23, 1999, and it was the day Eminem released The Slim Shady LP. From the beginning, it was obvious that the world would have a complicated relationship with this white rapper from Detroit. Now we’ve had 17 years of getting to know and understand the man behind some of the most controversial music that the mainstream has ever dealt with. And the relationship is still pretty complicated. You can read what people were saying about Eminem before and after the release of The Slim Shady LP:

❝ He’s a charlatan and a fraud, who is as bad musically as he is content-wise.
There is talent there, but he could be doing so much more with it.❞

❝ You can’t take all the blame off him, but you also got to put the blame on a society that,
in America at least, raises boys to be sexist, to be homophobic, to be knuckleheads
that’s the American way. Eminem, the s**t that he says, is ‘Fight For Your Right To Party 2000.’
It’s ignorant but it gives me hope people can change.❞

❝ Don’t be surprised when Eminem comes out and he just blows up
because the majority of this country has more in common with him than they do with Rass Kass.
Then the black folks who couldn’t relate to Em
in the first place are gonna diss him and his fans citing a racist society and media.
Eminem will then loose sic his props and become the next House of Pain.❞

❝ Only a year into my career as a music journalist,
I couldn’t articulate what made Em so compelling.
Obviously, his music was strong but there was something else.
From the moment we exchanged pounds I knew he had something.
For lack of a better term, it was a star-charisma, unlike any other artist I’d interviewed.
It’s why I bought a disposable camera and documented the trip.
I have never taken a picture of an artist before and I haven’t done it since…
So when I came back to NYC, naturally, I regaled everyone
that would listen about how I’d heard the future of rap.❞

❝ Point blank, this ain’t your average cat.
This Motor City kid is a one-of-a-kind talent
and he’s about to blow past the competition,
leaving many melted microphones in the dust.❞

❝ When Eminem’s in obnoxious Itchy ‘n Scratchy meets Benny Hill mode
(like on the opening ‘Public Service Announcement’) he’s hilarious
(misogynist and homophobic but undeniably hilarious).
But when he gets all pious and whining and develops a social conscience
(like on ‘If I Had’), then – ugh! He f**ken’ SUCKS!❞

❝ Give this kid a magazine rack, because he’s got a lot of issues.❞

❝ It started because he is a b**ch a** ni**a!
Right now it stands with me kicking in his f**king face,
real horrorshow, I ain’t lettin’ all the s**t he said slide.❞

Via Pigeons and Planes