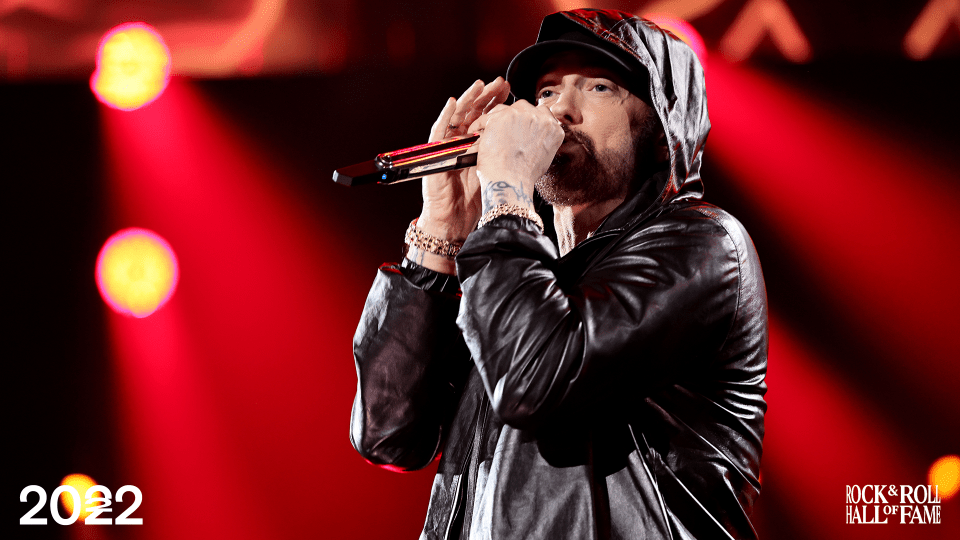 Eminem was inducted into the Rock & Roll Hall Of Fame by Dr. Dre on November 5, 2022 and the ceremony aired on HBO on November 19, 2022. Like we saw last year with LL Cool J, Eminem brought the heat on stage at Microsoft Theater.

Steven Tyler joined him to perform the Aerosmith-sampling “Sing For The Music” and Ed Sheeran subbed in for Dido on “Stan.”

Em’s daughter, Hailie, a frequent presence in his early discography, accompanied him to the ceremony, and the rapper followed his set with a uniformly humble speech in which he shared his gratitude for being alive to experience this moment.

“I’ll keep this as painless as possible, I’m f—ing stuttering and s—,” I’m probably not supposed to actually be here tonight because of a couple of reasons. One, I know that I’m a rapper, and this is the Rock and Roll Hall of Fame. There’s only a few of us who have been inducted already. Secondly, I almost died from an overdose in 2007, which kind of sucked.” said Eminem.

The performance itself was spectacular as we expected. P!nk, Gwen Stefani, Olivia Rodrigo and LL Cool J were amongst others who enjoyed the show most. You can watch it below (via u/verse1230)