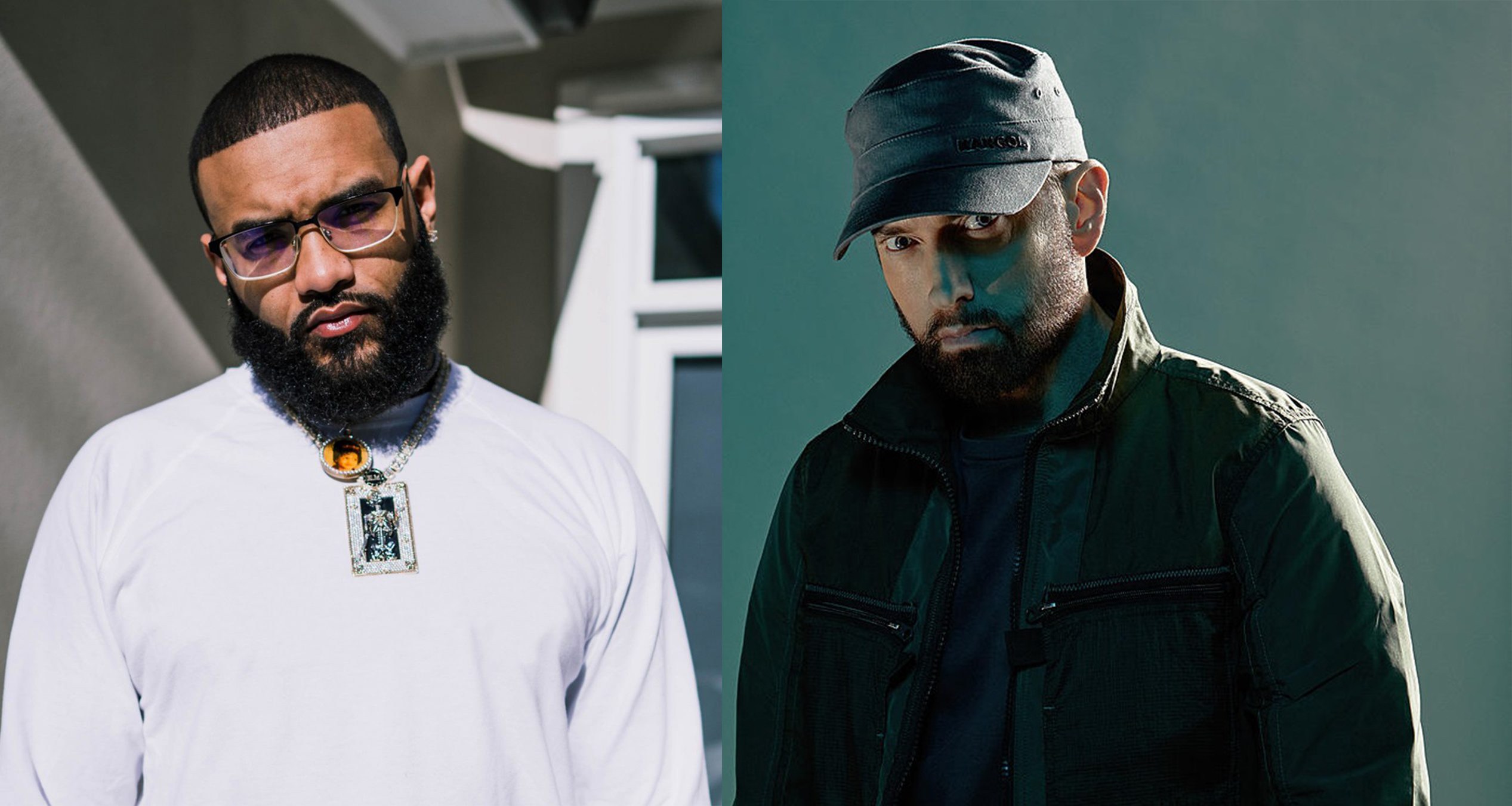 On XXL Magazine’s 25 years anniversary, Eminem shared incite on what he’s learned, how he stays motivated and why being a true lyricist has always been essential to who he is as a person. During the interview, he briefly shouted out Kendrick Lamar, J. Cole, Big Sean and Joyner Lucas.

“At this point, a lot of the big achievements that could come in your career have happened for me already, so I don’t hyper-focus on numbers and being on charts. What I hyper-focus on is people like Kendrick Lamar, Joyner Lucas, J. Cole and Big Sean, and watching them and how the f**k they’re doing their shit. Because they’re also focused on being the best rappers.” says Eminem.

Yesterday, Joyner shared the quote of the interview on his social media accounts with “goat” emoji in the caption. Royce Da 5’9″ commented fire emoji on Joyner’s post.

Eminem has also recently talked about Joyner Lucas collaboration on his “Kamikaze” album during the latest episode of Paul Pod. “Joyner sent two songs to Royce to get them to me and I was in the middle of writing Kamikaze. Me and Royce already had few conversations about Joyner. We were like ‘this guy is a f**king truth man. First think I saw was his BET cypher. He had two records, “Lucky You” and “What If.” Music video of “Lucky You” is inspired by Will Smith’s movie “I Am Legend.” “What If” record went couple different processes of hooks and I remember I got Skylar to write a hook for it and to me that s**t was crazy. I don’t know what happened in between that time once the record was leaked but it leaked without Skylar’s hook. In an original version, I think I re-wrote something. “What If” song is an example how internet can ruin the s**t. Leaks are terrible. You are not supposed to know what the concept is before it comes out.”