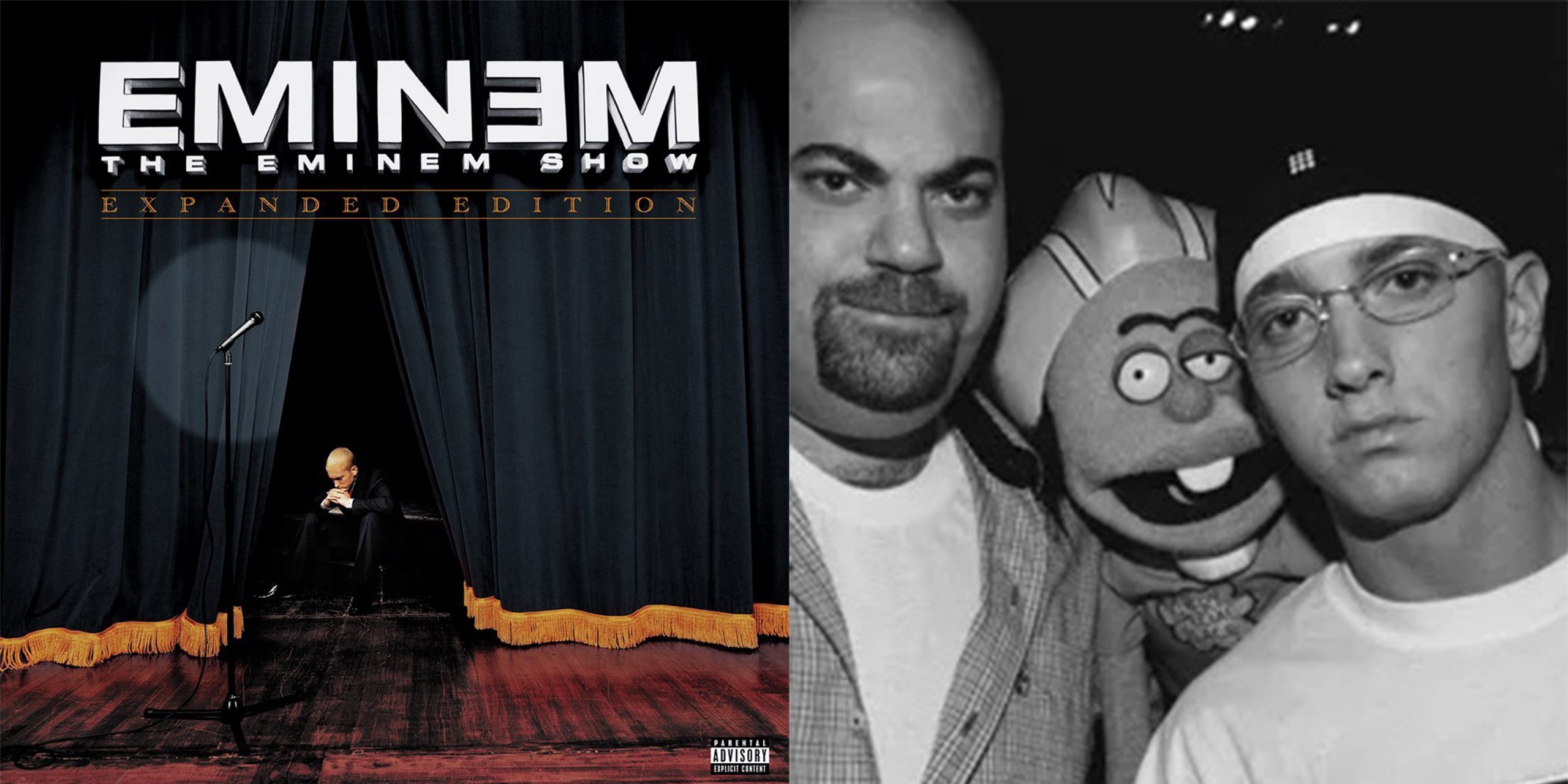 Eminem has just released the expanded edition of his legendary album, “The Eminem Show,” for its 20 years anniversary, which includes a track titled “Jimmy, Brian and Mike” which was scrapped from another classic album, “The Marshall Mathers LP.”

Eminem’s manager and long-time friend, Paul Rosenberg went on Instagram to share a little story behind the song:

“20 short years ago today we released Eminem’s third Aftermath/Interscope album THE EMINEM SHOW! There was a song that Proof and Denaun Porter always loved and begged Em to release, called “Jimmy, Brian and Mike” that for whatever reason he just never finished beyond demo stages. A couple months ago for this EXPANDED EDITION release Em went back to the lab, recalled the sessions, finished the chorus and put the touches on it so that it could be included in the Bonus Tracks added to the album – along with some previously unavailable for streaming gems like “Stimulate”, freestyles, instrumentals and live performances including Eminem’s legendary first headline NYC show at Tramp’s and others. Please sit back and enjoy the show. Link in bio.” – said Paul.

Mike Saputo, who has previously worked with Eminem many occasions, designed the cover art for the expanded edition and revealed that vinyls are on its way: “For the 20th anniversary of The Eminem Show, we put on some shiny new curtains to celebrate. Jimmy, Brian and Mike approved. Extended Edition available now. Working up some nice vinyl packaging soon!”