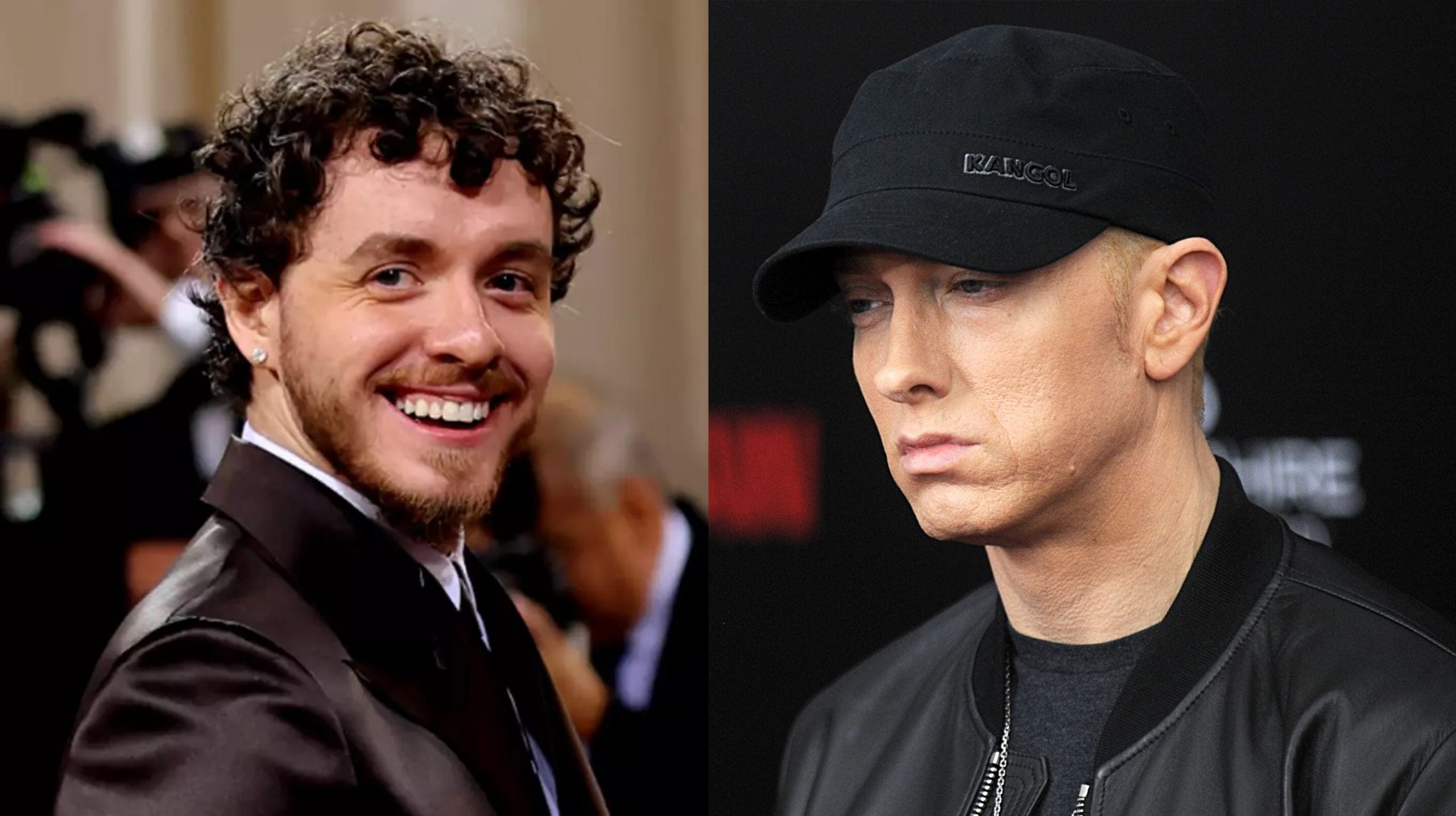 Come Home The Kids Miss You arrived with 15 songs that features Lil Wayne on the song titled “Poison,” Justin Timberlake on “Parent Trap,” Drake on “Churchill Downs” and Pharrell Williams on “Movie Star.”

To promote his new album, Jack sat down with DJ Woo Kid on Shade 45 where he talked about Drake, Eminem, Dua Lipa and Bad Bunny.

“Eminem into to Rock And Roll Hall Of Fame? Much respect to the legend! One of my biggest influences. I did remix for him, I did “Killer” remix which I was honored to hop on but I still ain’t shook his hand, you know?” said Harlow on Slim Shady.