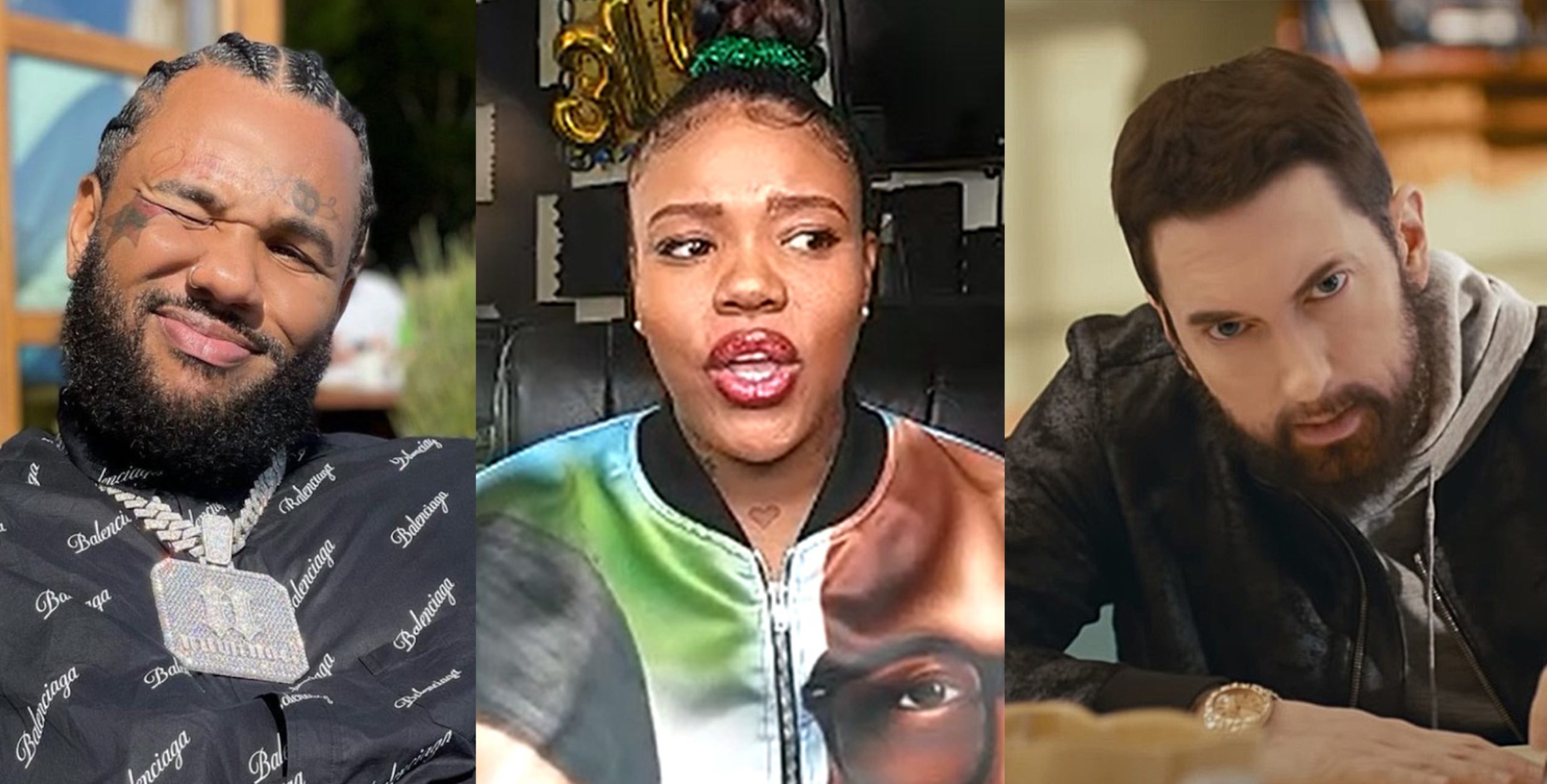 B.F.L.Y., The Game’s sister, has recently chatted with Andrew Moffatt on Hip Hop XXIV where she weighted in on her brother’s plan to diss Eminem in a new single that is supposed to be titled “Black Slim Shady,” according to Game’s manager Wack 100.

“Is money involved? [laughs]. I just look at it differently. I think people will do lots of things when money involved and to get the internet running. To me it’s kind of when Kanye know 50 Cent said he would not rap anymore if Kanye outsold albums and they put out the albums on the same day. 50 Cent still put out music, he’s still putting out shows.”

“I think a lot of times things have another agenda behind them that we don’t even see. It’s family though. I like to root for my own family but I have seen and I will say this: I have seen the footage of Eminem losing a rap battle to a person that I know. His name is Outherwize. So at the end of the day, when you put your mind in anything you can do whatever you want. Sometimes I look at this music as a competition with yourself. Sometimes we say I’m better than everybody and that will probably put fire under your a** or not, it’s just going to be another talked about situation which still going to revenue money. They don’t have fame and Eminem. Like DJ Quik said, if you ain’t making money it makes no sense.” said B.F.L.Y.