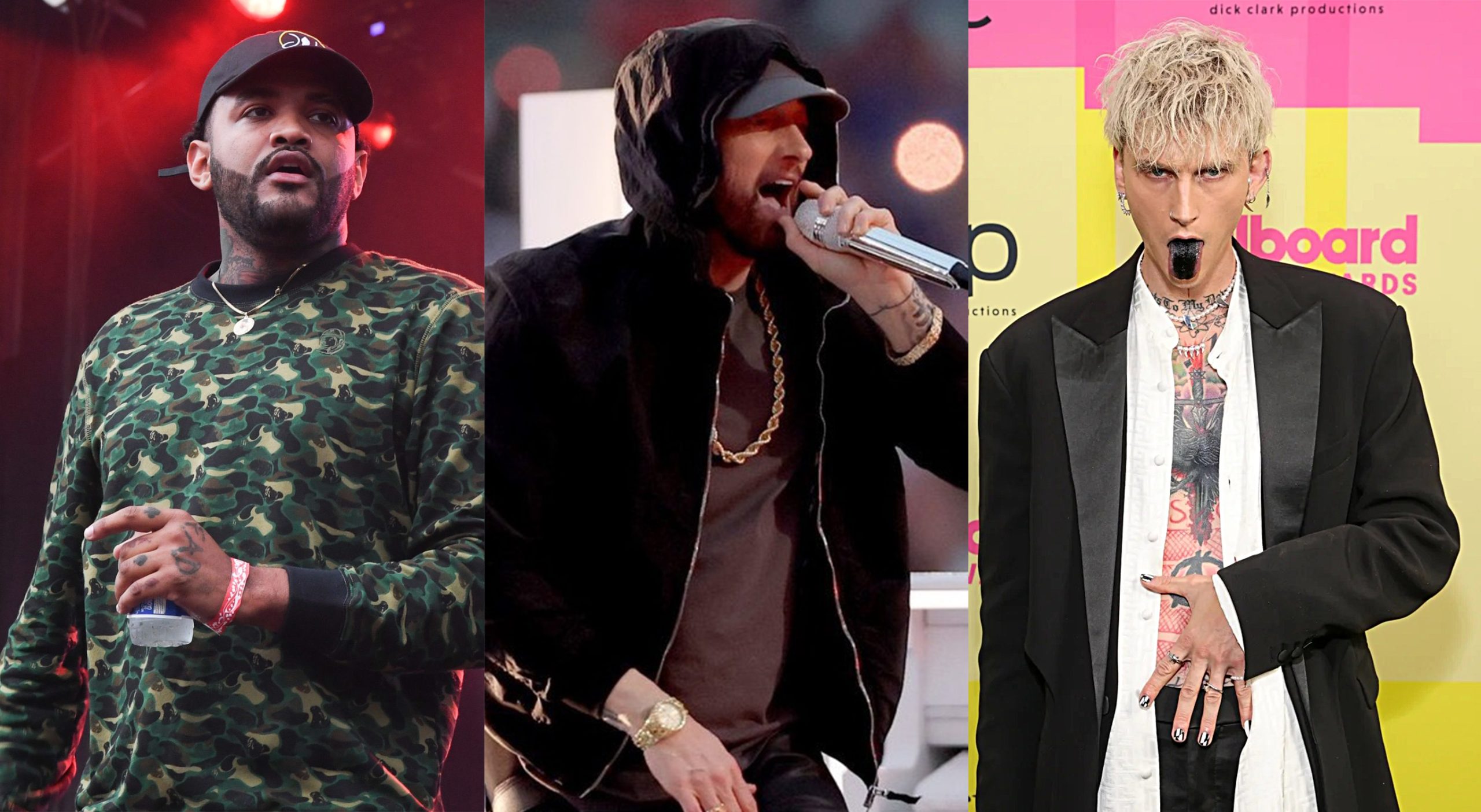 Joyner Lucas is angry at Machine Gun Kelly and Lollapalooza after MGK received top place on the billboard of line-up.

In a series of tweets, Joyner called out the Chicago festival after his name was listed on the official flyer in a small font, even though he rejected to perform at the show.

“These festivals is going to stop playing with me like I ain’t that ni**a. Putting my name next to the names of a bunch of random ni**az that nobody heard of and offering me a weak a**.”

Joyner Lucas also went on to declare himself the “biggest independent artist” after Tech N9ne and took a shot at one of the main headliners, Machine Gun Kelly, who is listed at the top of the flyer in the largest font.

Check out the tweets below: 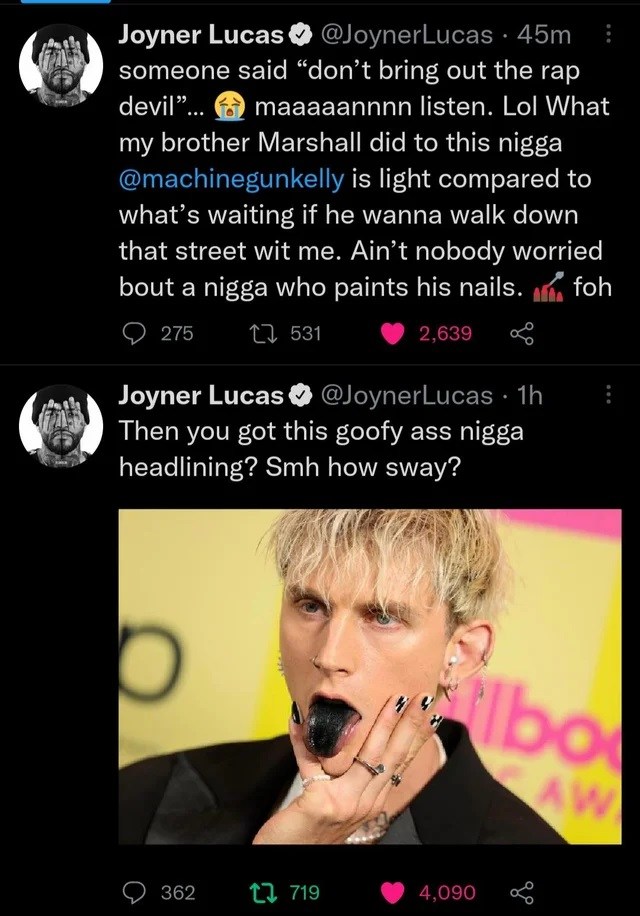