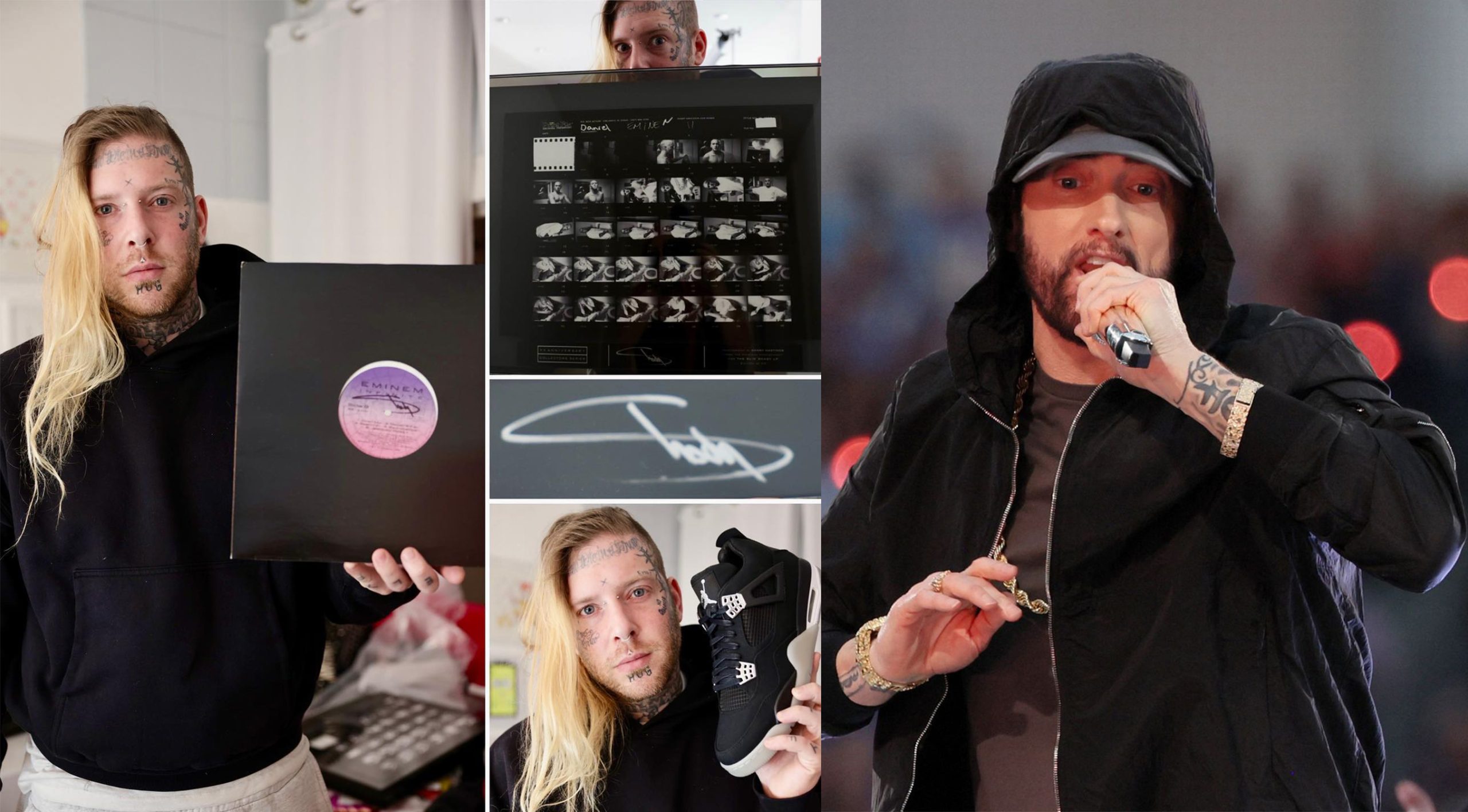 Last year, Eminem released NFT bundle called “Stan’s Revenge” which included a beat produced by himself, along with some rare collectibles like Trading Cards, Action Figures, and a lot more.

The NFT was bought by Tom MacDonald on auction for $100,000 who used the original Eminem beat for a song titled “Dear Slim.”

The Canadian rapper now finally received the items from the “Stan’s Revenge” NFT, and shared it on his social media with the caption: “Remember when I got that Eminem beat and made “Dear Slim”? The physical items that came with the beat just arrived. An autographed vinyl of Eminem’s first album, “Infinite”. An autographed shadow box with film from the Slim Shady LP. And a pair of the Eminem Jordan’s. We definitely have our differences politically – which I sometimes poke fun at – but as a person and as a creative, it is nothing but the utmost respect. After all…the man is the reason I started rapping. Not sure if he would be stoked to hear that though. Any way you want to cut the cake… These are some historic items from one of the greatest rappers to ever live. I will tuck it away in a safe place and along with the “Dear Slim” video, they will serve as a reminder of the most epic thing any independent artist on the planet did last year. Maybe ever. Pretty rad.”