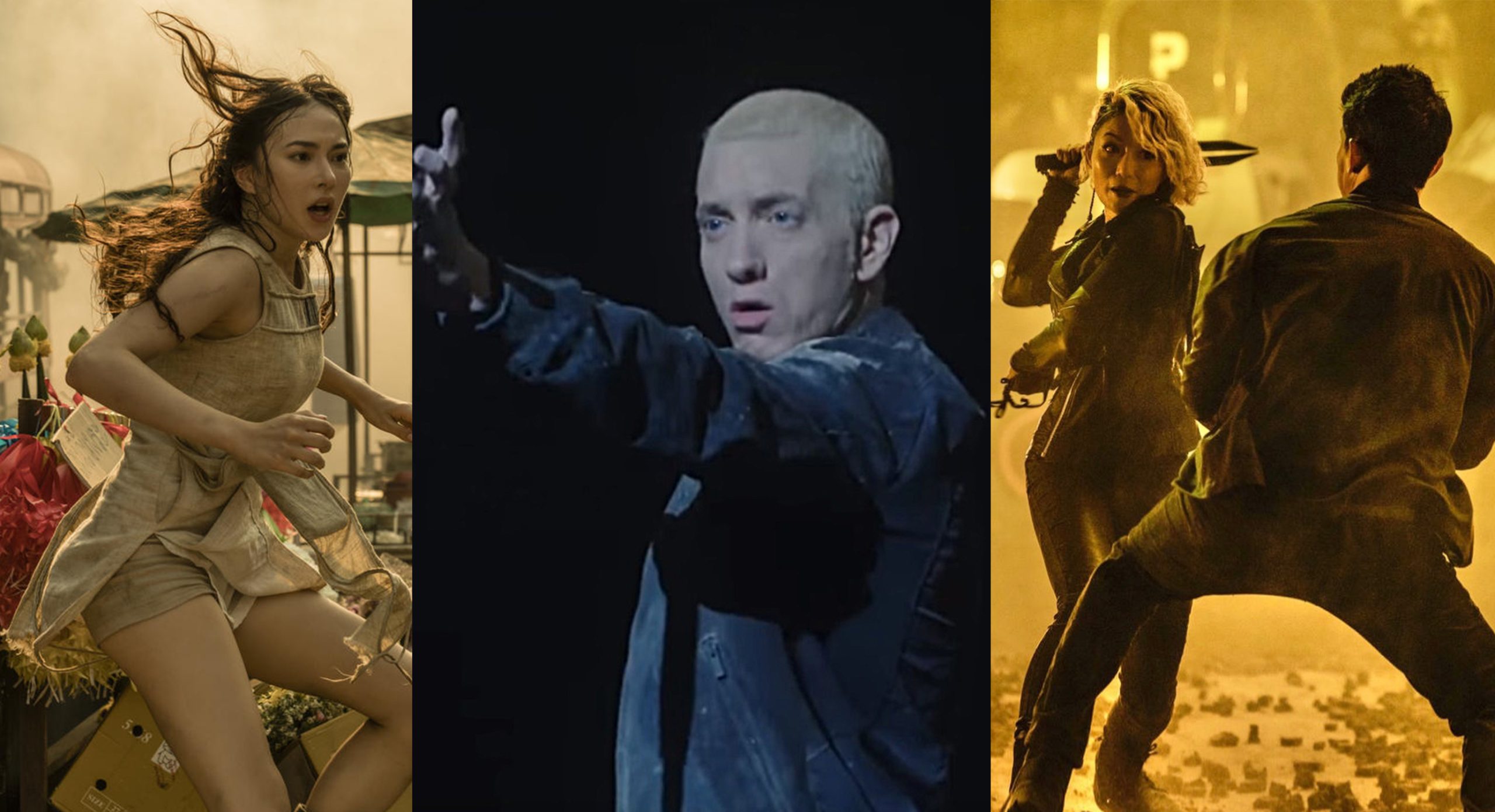 On February 17, 2022, Netflix released “Fistful of Vengeance” movie on their platform.

The film is about a revenge mission that becomes a fight to save the world from an ancient threat when superpowered assassin Kai tracks a killer to Bangkok.

In one of the scenes, the movie uses Eminem’s “Phenomenal” track, the first song released from the Southpaw Soundtrack, executive produced by Shady Records in 2015.

The song represents protagonist Billy Hope’s (Jake Gyllenhaal) struggle after his wife’s death and the loss of his daughter to child services.

The film’s narrative was inspired by Eminem’s struggle throughout his early career. Eminem was originally in the title role, but after putting the film on hold in 2012 to focus on his music, Jake Gyllenhaal joined on.

Check the video below to watch the “Phenomenal” scene from “Fistful of Vengeance” movie: