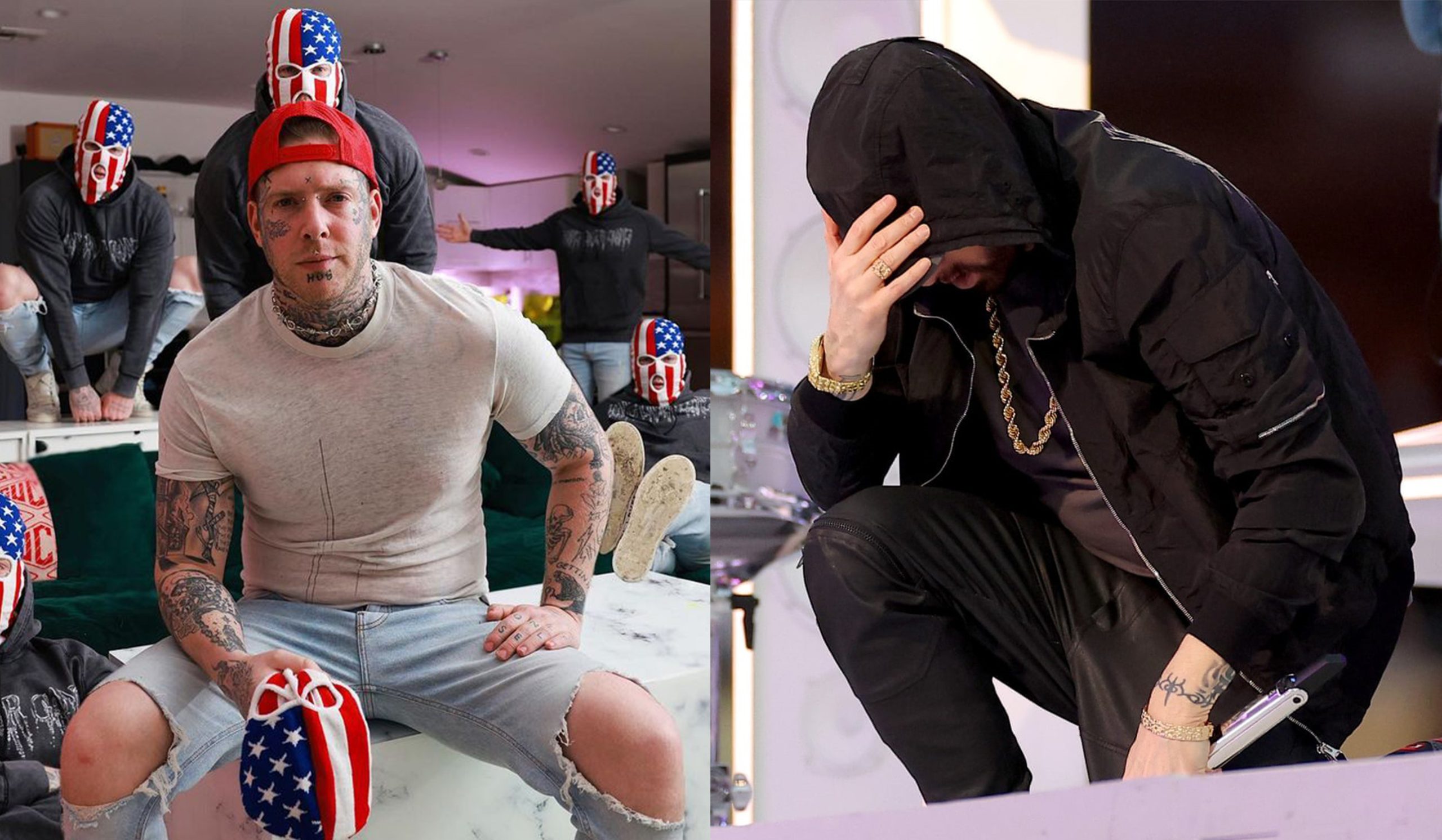 Dr. Dre and Snoop Dogg kicked the show off with “The Next Episode,” followed by “California Love.” Then 50 Cent appeared under the stage as a surprise guest to perform “In Da Club.”

Eminem performed his magnum opus, Oscar-winning song ‘Lose Yourself’ and when he finished the song, he decided to kneel in support of Colin Kaepernick.

It seems the controversial Canadian rapper who goes by the name Tom MacDonald and has named Eminem as his biggest inspiration numerous times, was not happy about Slim Shady taking the knee.

Tom shared an edited video of him and Eminem performing at the Super Bowl which was supposed to be a funny promotion of his new album. Watch the video below:

IF I PLAYED THE SUPER BOWL WITH EMINEM…😂😂😂 pic.twitter.com/GbQEG2lx1m