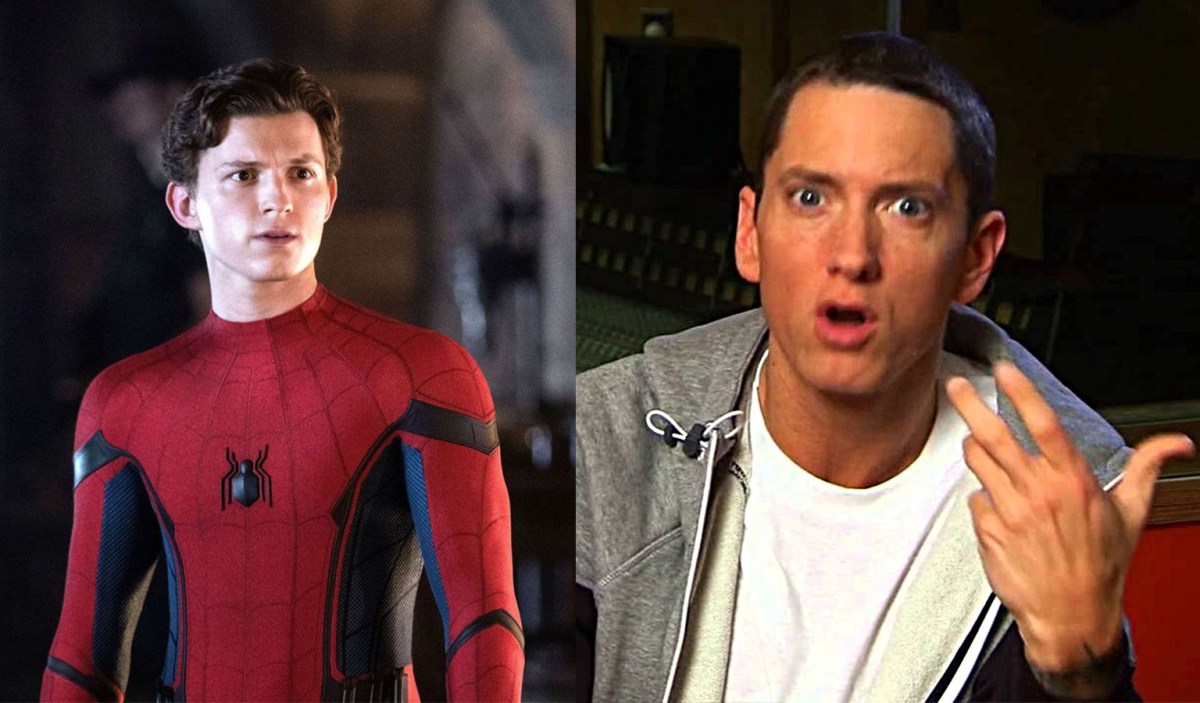 For his Screen Tests With Lynn Hirschberg interview, Tom Holland discusses feeling more comfortable speaking in an American accent, crushing on Emma Watson wearing “that pink dress” in Harry Potter And The Goblet of Fire, his obsession with playing golf and more

The Spider-Man: Homecoming superstar was also asked which was the first album he ever bought.

“Huh, the first album I bought? It might be Eminem’s ‘Curtain Call: The Hits.” – Tom replied.

“Curtain Call: The Hits” is Eminem’s greatest hits album which was released in 2005. It’s the longest running hip-hop album in Billboard 200 chart’s history and is close to diamond certification with almost 10 million sales in the United States.

Check the W Magazine interview and stream Curtain Call after the jump below: