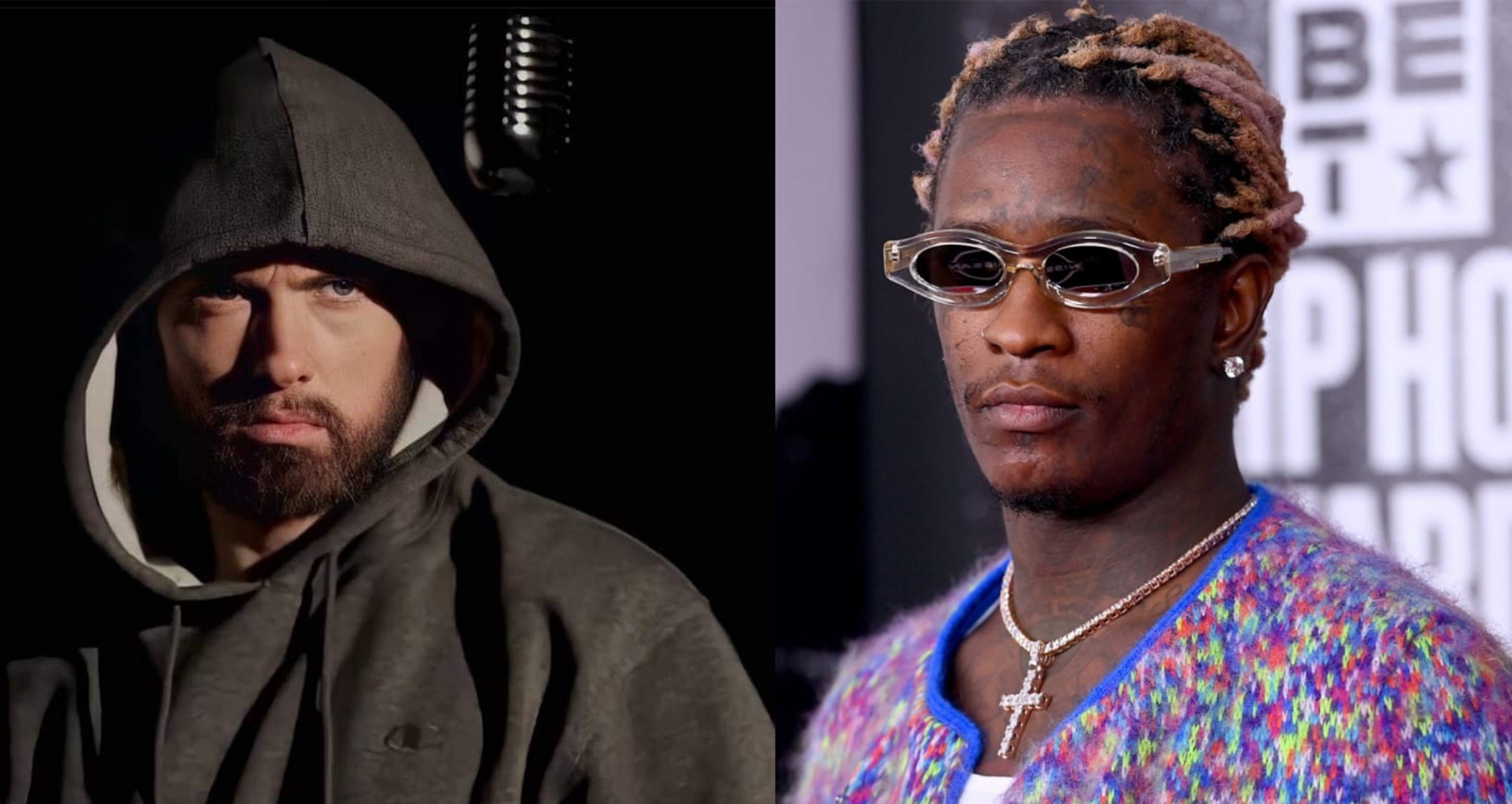 Young Thug released new album “Punk” and it is predicted to debut inside Top 3 on US Billboard 200 with approximate sales of 95,000 album equivalent units.

“Punk” album includes a song titled “Faces,” in which Thugger references Eminem with the following lines: “Watch me falsetto out in Vegas with your lady (Woo) / Tryna rob, your chances are Slimmer than Shady (Yeah).”

This is not the first time the Atlanta-born rapper plays on words Slim Shady. Back in 2020, Thugger released a song with Gunna titled “Diamonds Dancing,” where he raps: “This money be my missus, drive me crazy, I need Ritalin / I told ’em, “I’m so Slim, I’m so Shady, I admit it, yeah.”