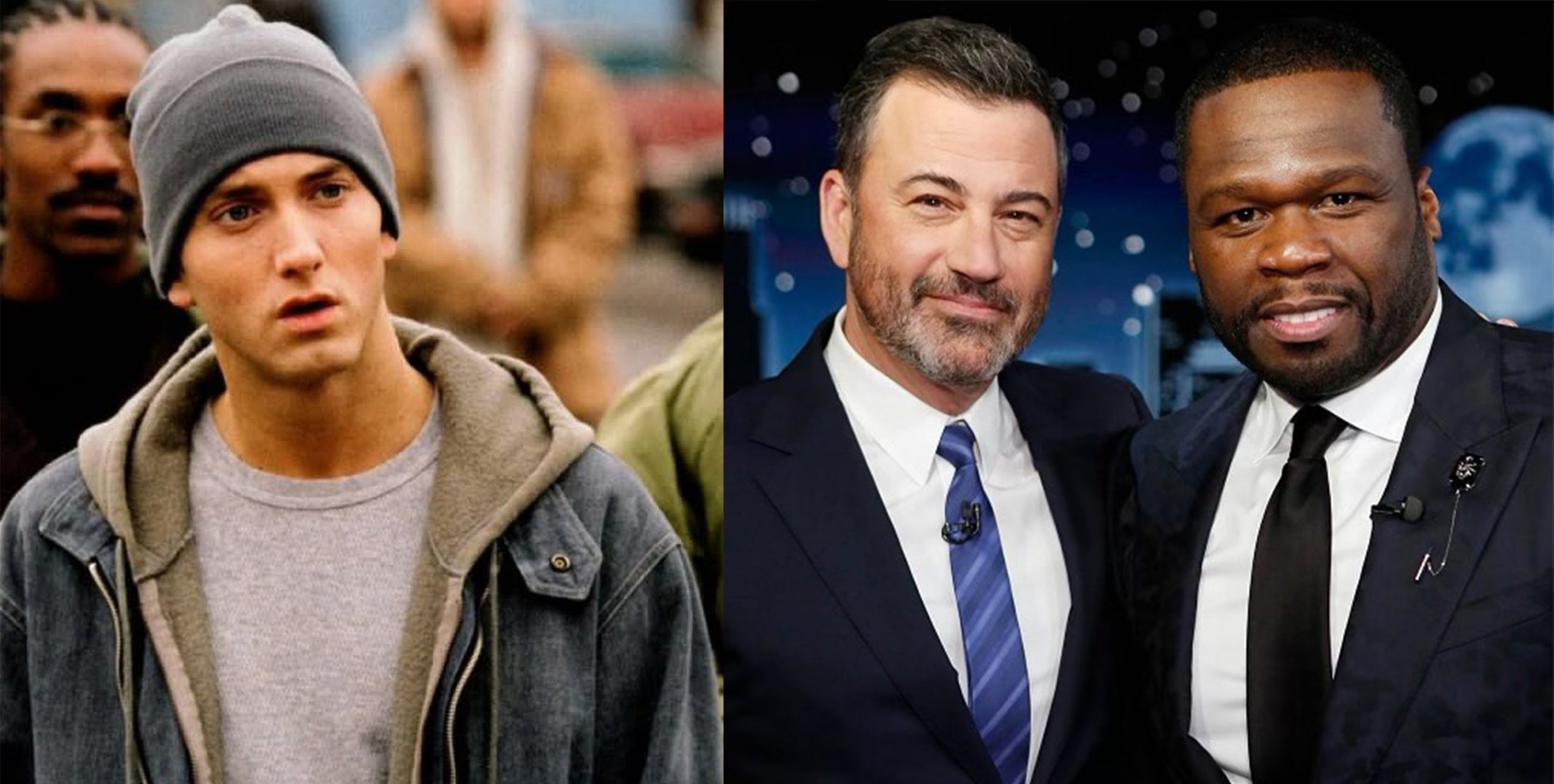 Yesterday, 50 Cent visited Jimmy Kimmel where the two talked about going to Florida to do color commentary for the Holyfield fight, his nine-year-old son Sire’s birthday and taking him to a candy store, playing video games together, all of the different shows he’s producing, working with Eminem and Snoop Dogg on “BMF” for Starz, and his theory about Nicki Minaj’s cousin’s friends balls.

“I persuaded Eminem to come up on BMF. I actually directed the episode that he is in. I called him. I put pressure on him.” said Fifty

Later few seconds, Jimmy asked: “He did 8 Mile movie. It was huge hit and he was great in it. And then he was like ‘okay that’s it I’m done.’ why?”

On which Fiddy replied: “I think he had terrible experience on 8 Mile project cause he just didn’t wanna go back again, ever again. There was period when Hollywood would offer me things to get Eminem cause agent would go like ‘yeah this is good go give it to 50 and then him.’ I offered him 8 million dollars for one project, he looked at it and he was like ‘I think we should do the movie like Warriors.’ and I’m like ‘did you just missed 8 million dollars thing?’ and then he says ‘lets just go and record records man.'”