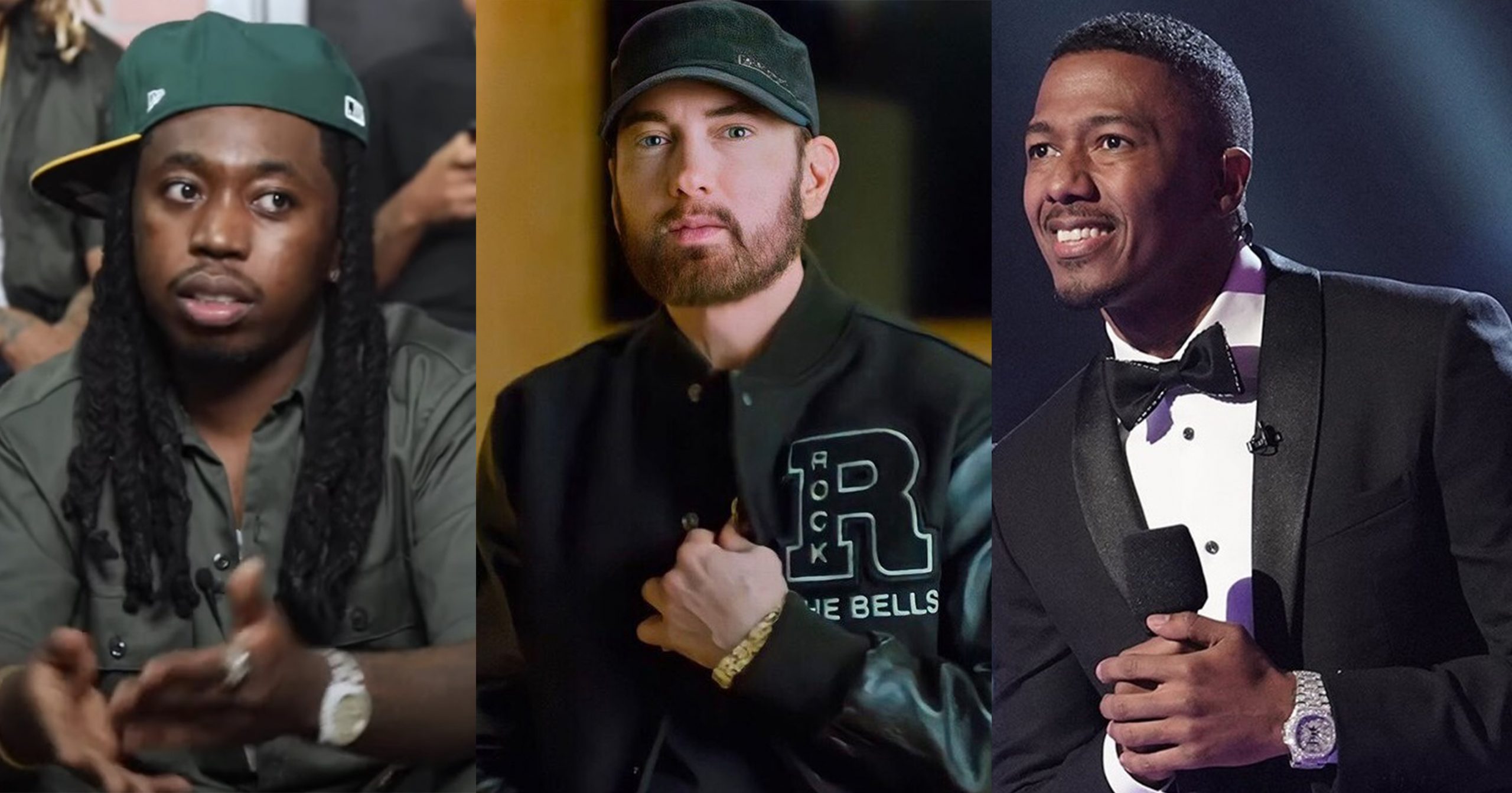 Back in 2019, Nick Cannon kind of reignited beef with Eminem by boasting in the media that he was looking him in Detroit to fight but Em didn’t show up. As a result, Eminem took shots at Nick on Fat Joe’s “Lord Above“ track.

The California comedian, rapper and media personality responded with three diss tracks. In the first two diss songs, titled “The Invitation” and “Pray For Him“ respectively, Nick Cannon was assisted by Chicago rapper Prince Eazy, who said that infamous words: “God should’ve taken Eminem’s life instead of Juice WRLD.”

Yesterday, Prince Eazy sat down with Manny Akiio on “Off The Porch” show, where he explained why he backed Nick Cannon even though Eminem is one of his favorite rappers of all time. \

“A lot of ni**as talk s**t about Nick Cannon cause they see the goofy him on Wild N’ Out show, but they do not know that man paying for people funerals in Chicago and all type of s**t and never bragged about it once. Bro, how could you not respect a ni**a like that. It is so much on the internet that you all see but you all do not see that happening outside the internet.”

“Nick is my brother, I love Nick. You see that why I dissed Eminem for and Eminem is one of my favorite rappers. This ni**a Eminem is a monster, if you think Eminem can not rap, you stupid. He is a monster, he get busy, he even murdered his mama, period. He do not got no f**ks about life, he is a f**king GOAT. And Nick’s getting ate the f**k up, he needed help. I got you bro come on. That is all that was. I ain’t gotta smoke with it, I love Eminem.”

“And Bizarre is bogus as hell cause this fat a** used to follow me but unfollowed me after we dissed Eminem. You bogus as hell. I still f**k with Bizarre, I still follow his a** though. It is just rap bro, it is no real street s**t.” – said Prince Eazy.