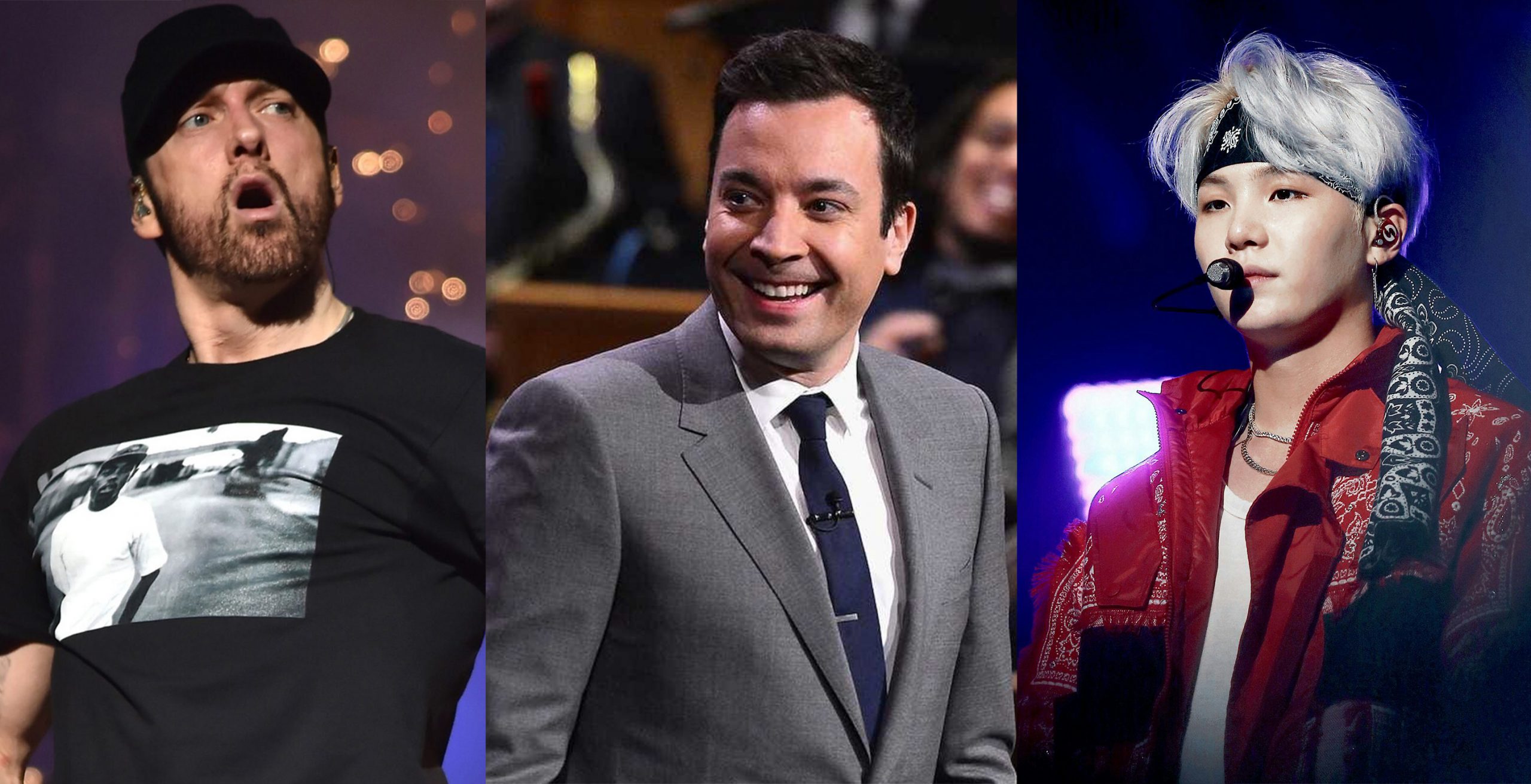 Jimmy addressed one of the group’s members, Suga’s love for Eminem and whether an Eminem CD was the first album that he ever bought. Turns out Suga was definitely a huge fan of the Detroit legend.

The young BTS member replied that he really loved Eminem and since there were no Korean translations at that time, his parents did not mind it.

You can watch The Tonight Show Starring Jimmy Fallon below: