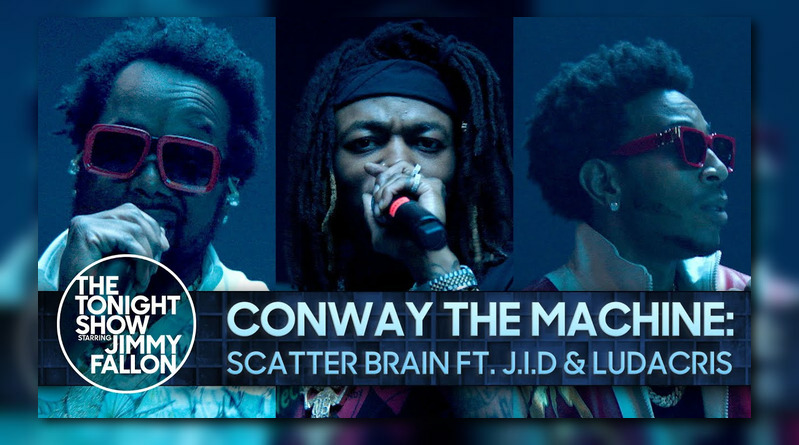 Conway The Machine took his J.I.D and Ludacris assisted song “Scatter Brain” from his latest album La Maquina to the Tonight Show with Jimmy Fallon, which saw the trio perform the track amid a foggy set-up of old, static-filled TVs and cinder blocks.

In addition to the Fallon performance, Conway also sat down with Nadeska Alexis on Apple Music, where he discussed his relationship with Jay-Z, saying Hov is “just a regular dude like me.” Conway also said Jay isn’t working on new music.

“I’m like, ‘Yo, you gonna record more? You been cooking up, what you doing?’ And he actually was like, ‘Nah man, I ain’t, I ain’t,’ and he was saying the way he records is kinda like how I do it. It’s gotta be a vibe. Like, I gotta hear something, they gotta take me there, I gotta be experiencing something.”

“I’m just sitting there soaking up jewels, you know what I’m saying. But that’s what it was like with Hov. I’m a listener, so, I’mma sit back and collect all the jewelry as much as I can.” said Conway

You can watch the new performance below: