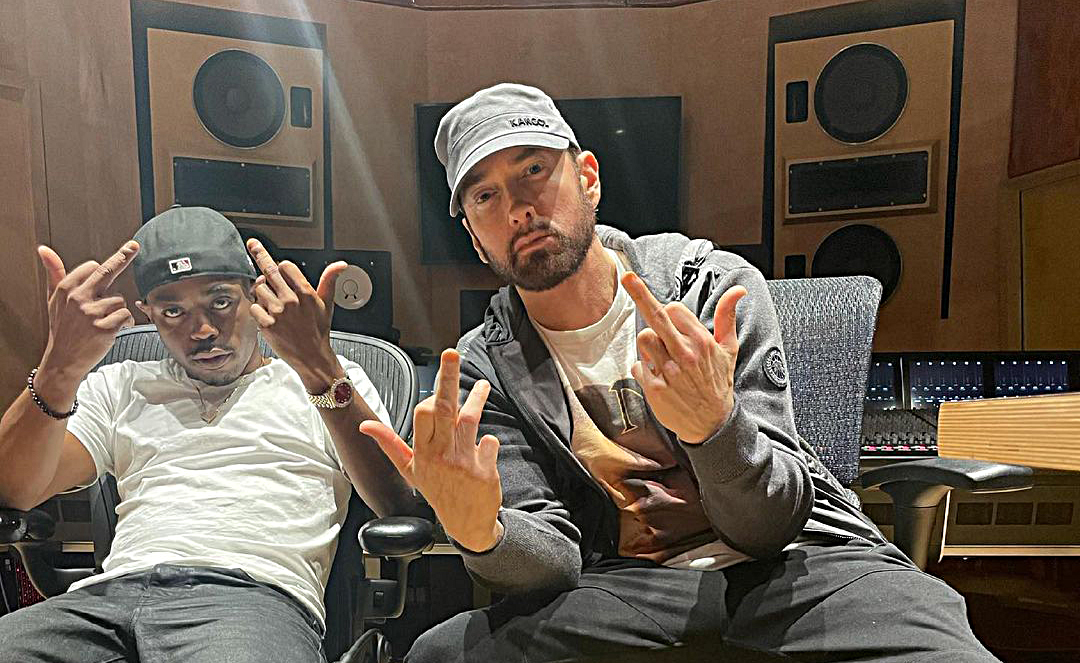 Westside Boogie season approaching! The Compton rapper has just posted a picture of himself and Eminem in Detroit’s studio with the caption: “Just played my music for this random dude in Detroit ..he just gave me the Green light.”

Boogie is preparing his second release under Shady Records, the follow up of his 2019 album, Everythings For Sale.

On the post, Eminem commented the “green light” and two “middle finger” emojis.