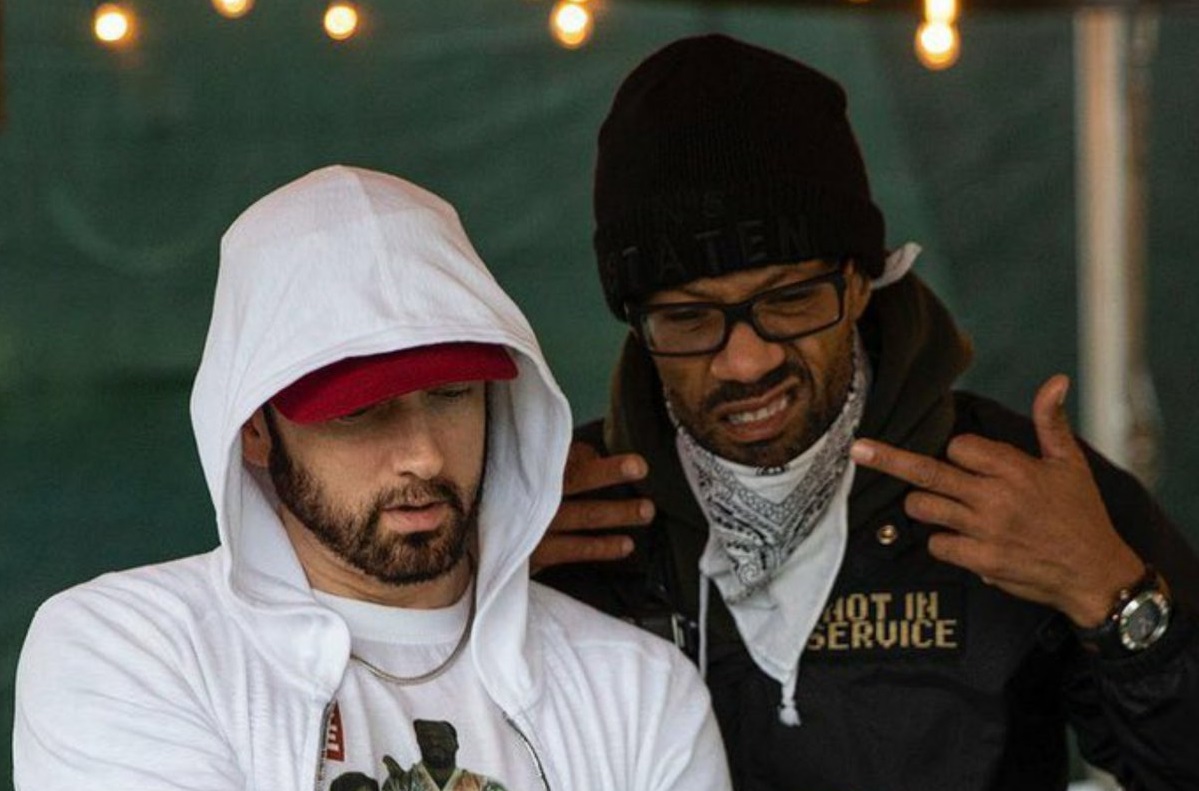 Few hours ago, Method Man and Redman went hit-for-hit during the “How High 4/20 Special” VERZUZ event. The “battle” was a lighthearted event where the two collaborators and friends danced and joked around with each other pretty much the entire time. The two legendary hip-hop artists ended by announcing that they’re working on Blackout! 3.

RZA, Inspectah Deck, and Cappadonna made guest appearances, and RZA also announced that a new album with DJ Screw was on the way. DJ Kool showed up and did “Let’s Get Dirty” and “Let Me Clear My Throat.” EPMD, Keith Murray, and Lords of the Underground’s Dupre “Doitall” Kelly made an appearance. Kelly announced that he was running for office in Newark.

One of the highlights from the night was Redman’s T-shirt which had Eminem lyrics from “Till I Collapse” on it: “It goes: Reggie, Jay-Z, 2Pac and Biggie…” Reginald “Reggie” Noble, better known by his stage name Redman, is one of Eminem’s favorite rappers, with his horrorcore style being a significant influence on him.

Eminem’s manager Paul Rosenberg shared Redman’s picture from the night, saying: “I need one of those Redman t-shirts from Verzuz.” Check it out below:

I want one of those @therealredman shirts from #Verzuz pic.twitter.com/qdBJgI7RJI